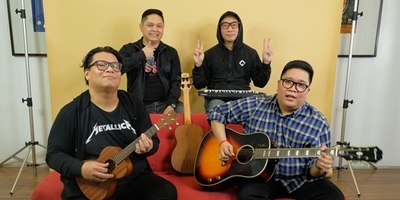 The Itchyworms are a Filipino rock band whose music is primarily guitar-driven rock with pronounced 1960s and 1980s pop sensibilities and embellished with two or three-part vocal harmonies. The group made their name in the OPM (Original Pilipino Music) scene in 2006 with their sophomore effort Noontime Showwith songs such as "Akin Ka Na Lang" and "Beer".

Formed in 1996, the band consisted of Jazz Nicolas, Jugs Jugueta, Kelvin Yu (then on lead guitar) and Hadrian "Haji" Cruz (then on bass). The band performed at various school-based events and competitions with a handful of original songs and Beatles covers. Unfortunately, communication and scheduling issues forced Cruz to leave the group. This predicament forced Yu to take up the bass guitar vacancy, effectively making the band a trio.

The group continued as a trio until the middle of 1997, when a common friend in the Ateneo Musicians' Pool recruited Chino Singson to play guitar with the group at a school event. Singson eventually went on to become a permanent member, which solidified the group's current lineup.

In 1998 the band put together Revenge of the Unsigned, their first official CD. They did this with the help of their manager Earnest Mangulabnan-Zabala, Eraserheads, Ely Buendia, Buddy Zabala and Romel "Sancho" Sanchez (Loquy, Cynthia Alexander). The band intended for Revenge to be their independently released debut album in the event that no major record label would sign them.

As luck would have it, then-A&R manager at Viva/Neo Records Mike Dizon (Teeth, Sandwich) got hold of Revenge. He helped push for Viva executives to sign the band and eventually release Little Monsters Under Your Bed.

Little Monsters, the band's first major-label album, was released in 2001 and contained songs from Revenge plus new compositions by Nicolas and Jugueta. The song "Antipara" was probably the most well-known song on the album. The release of the album was somewhat ill-timed as its glossy pop-rock sound was an aberration in the Korn-influenced OPM Rock landscape of the late 1990s to early 2000s. 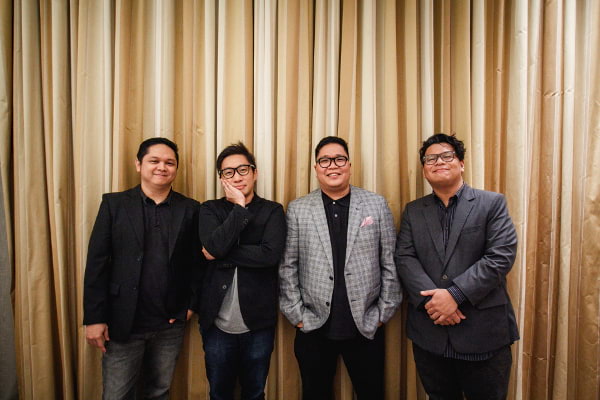 The Itchyworms Live at The Shang