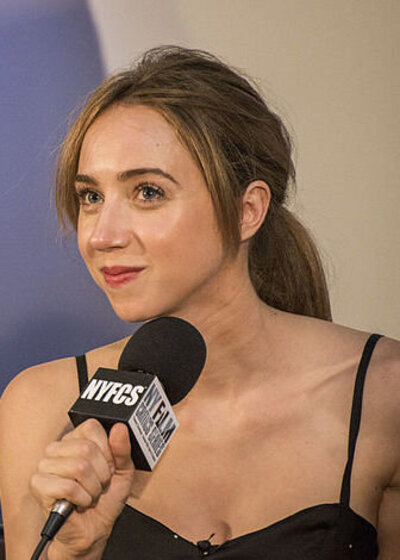 Zoe Swicord Kazan ( ; born September 9, 1983) is an American actress, playwright, and screenwriter. She made her acting debut in the film Swordswallowers and Thin Men (2003) and later appeared in films such as The Savages (2007), Revolutionary Road (2008), and It's Complicated (2009). She starred in Happythankyoumoreplease (2010), Meek's Cutoff (2010), Ruby Sparks (2012), and What If (2013). In 2014, she appeared in the HBO miniseries Olive Kitteridge, for which she received an Emmy nomination. She portrayed Emily Gardner in the film The Big Sick (2017), and in 2018 appeared in the Coen Brothers film The Ballad of Buster Scruggs in the episode "The Gal Who Got Rattled".

She has appeared in several Broadway productions. She also wrote Ruby Sparks and co-wrote Wildlife (2018) with her partner Paul Dano (who directed Wildlife and co-starred with Kazan in Ruby Sparks). In 2020, she co-starred in the HBO miniseries The Plot Against America and in 2021, she co-starred as Pia Brewer in the Netflix limited series Clickbait.

Zoe Kazan plays the role of Jodi Kantor in She Said.