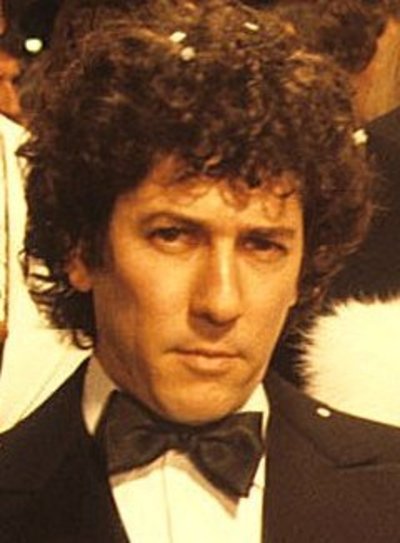 Peter Riegert (born April 11, 1947) is an American actor, screenwriter, and film director, best known for his roles as Boon from Animal House, the fast talking gangster Aldo in Oscar, the tough Lt. Kellaway in The Mask, and crooked New Jersey State Assemblyman Ronald Zellmanon the HBO original series The Sopranos.

Riegert was born in The Bronx, the son of Lucille, a piano teacher, and Milton Riegert, a food wholesaler. Riegert grew up in Hartsdale, New York, and was raised in a nonobservant Jewish household. He graduated from Ardsley High School in 1964 and later from the University at Buffalo. He worked at a number of jobs, including teaching, waiting tables, and social worker before settling on acting as a career.

He made his Broadway debut in the musical Dance with Me. Other Broadway credits include The Old Neighborhood, An American Daughter, The Nerd, and Censored Scenes From King Kong. Off-Broadway he has appeared in Road to Nirvana, The Birthday Party, Isn't It Romantic, Sexual Perversity in Chicago, and A Rosen by Any Other Name.

Riegert made his television debut as Cpl. Igor Straminsky in two episodes of M*A*S*H. He has also portrayed New Jersey State Assemblyman Ronald Zellman in The Sopranos and defense attorney Chauncey Zeirko in multiple episodes of Law & Order: Special Victims Unit. He starred opposite former girlfriend Bette Midler in the television adaptation of Gypsy and was featured in the HBO drama Barbarians at the Gate (which earned him an Emmy Award nomination for Outstanding Supporting Actor in a Miniseries or a Special), the final episode of Seinfeld as an NBC executive and the television movie Back When We Were Grownups.