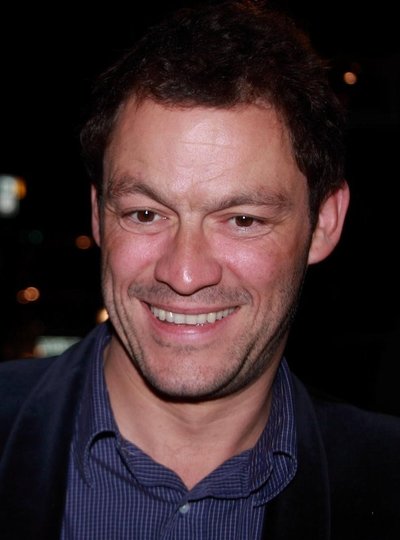 He currently stars as Noah Solloway on the Showtime drama series, The Affair, for which he has received a Golden Globe nomination.

West was born and raised in Sheffield, West Riding of Yorkshire. His mother, Pauline Mary "Moya" (née Cleary), was an actress, while his father, Thomas George Eagleton West, owned a plastics factory. He is from a Roman Catholic family of mostly Irish descent, the sixth of seven siblings (five girls and two boys).

He attended Eton College and Trinity College, Dublin. He graduated from the Guildhall School of Music and Drama in 1995.

West's screen appearances include True Blue, Chicago, Richard III, and Mona Lisa Smile. His most notable television role has been as the American police detective Jimmy McNulty on the HBO television police drama The Wire, set in Baltimore, Maryland. West was praised for the accuracy of his character's American accent.

During his stint on The Wire, West directed the season 5 episode "Took".

West starred as Lysander in the 1999 film version of William Shakespeare's A Midsummer Night's Dream. In feature films, he portrayed the heavy metal guitarist Kirk Cuddy in the 2001 film Rock Star.

In 2006 West made a guest appearance as an actor in a sketch in The Catherine Tate Show, alongside "Frankie Howerd impressionist". In 2007, he played the Spartan politician Theron in 300 and a detective in Hannibal Rising. West played the supervillain, Jigsaw, in the 2008 film Marvel's Punisher: War Zone. In 2010 he had a role as General Virilus in Neil Marshall's adventure thriller Centurion. West stars in the UK ghost film, The Awakening.

As a theatre actor, West has played Edward in Harley Granville Barker's The Voysey Inheritance directed by Peter Gill at the Royal National Theatre in 2006. Around 2009, he starred at London's Donmar Warehouse as the protagonist in Helen Edmundson's adaptation of Pedro Calderon de la Barca's existential drama Life Is a Dream, for which he received glowing reviews.

He took the title role in Simon Gray's classic comedy, Butley, playing at the Duchess Theatre in London from 1 June 2011. In the September he returned to his native Sheffield to play Iago to his former Wire co-star Clarke Peters's Othello at the Crucible Theatre.

In 1998, West and his then-girlfriend Polly Astor (the daughter of Michael Astor) had a daughter named Martha. The two broke up when Martha was three.

West later rekindled his romance with film producer Catherine Fitzgerald whom he had dated at university. West and Fitzgerald married in Glin, County Limerick, on 26 June 2010. They have four children together: Dora, Senan, Francis and Rose. Fitzgerald is an Anglo-Irish aristocrat, the daughter of Desmond FitzGerald, 29th Knight of Glin, and was formerly married to Edward Lambton, 7th Earl of Durham.

West has become a supporter of care charity Helen's Trust in response to their assistance to his mother prior to her death.

West was the leader of Team Canada/Australia for Walking With The Wounded, a fundraising event for wounded soldiers. He trekked to the South Pole against Team UK (led by Prince Harry) and Team America (led by Alexander Skarsgård). A few days into the trek, it was decided that the competition part of the race would be cancelled due to hazardous terrain and weather conditions, so the teams combined forces and continued. Alongside Harry, Skarsgård and several wounded soldiers, West successfully made it to the South Pole on 13 December 2013.

In August 2014, West was one of 200 public figures who were signatories to a letter to The Guardian opposing Scottish independence in the run-up to September's referendum on that issue.