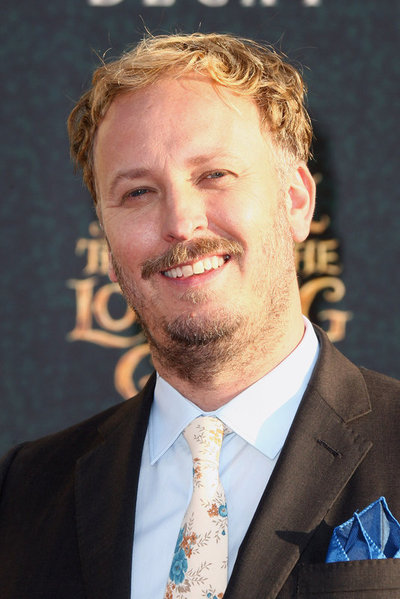 James Bobin is a British film director, writer, and producer. He worked as a director and writer on Da Ali G Show and helped create the characters of Ali G, Borat, and Brüno. With Bret McKenzie and Jemaine Clement, he co-created Flight of the Conchords. He directed the feature films The Muppets (2011), Muppets Most Wanted (2014), Alice Through the Looking Glass (2016), and Dora and the Lost City of Gold (2019).

Bobin worked as a director and writer on The 11 O'Clock Show and Da Ali G Show, and helped create the characters of Ali G, Borat, and Brüno. In 2003 and 2004, he directed and co-wrote all of the 12 episodes of Ali G in da USAiii for HBO.

With Bret McKenzie and Jemaine Clement, he co-created, wrote and directed Flight of the Conchords, also for HBO. Bobin had previously seen Clement and McKenzie perform and signed on to co-create the show.

His feature film directorial debut, The Muppets, a musical-comedy film written by Jason Segel and Nicholas Stoller, was released in 2011 and became a critical and commercial hit and won an Oscar for Best Original Song. The film earned him his second BAFTA nomination at the 66th British Academy Film Awards. He wrote (with Nicholas Stoller) and directed a follow-up, Muppets Most Wanted, which was released in 2014. Bobin next directed the sequel Alice Through the Looking Glass (2016). In February 2016, it was announced that he would direct a Jump Street-Men in Black crossover film, however plans for the movie fell through.

His most recent film, Dora and the Lost City of Gold, is a live action adaptation of TV series Dora the Explorer with Isabela Moner as the title character. The film was theatrically released in the United States on August 9, 2019, by Paramount Pictures.

Bobin received his first BAFTA nomination (British Academy of Film and Television Award) for "Best Comedy Series" in 2000. He also won an award from the Royal Television Society, as well as a Silver Rose from the Monteux Television Festival. He won a Writers Guild of America Award in 2007.

In 2011, Bobin's first feature film, The Muppets, won an Oscar for Best Original Song for the song "Man or Muppet" written by Bret McKenzie.