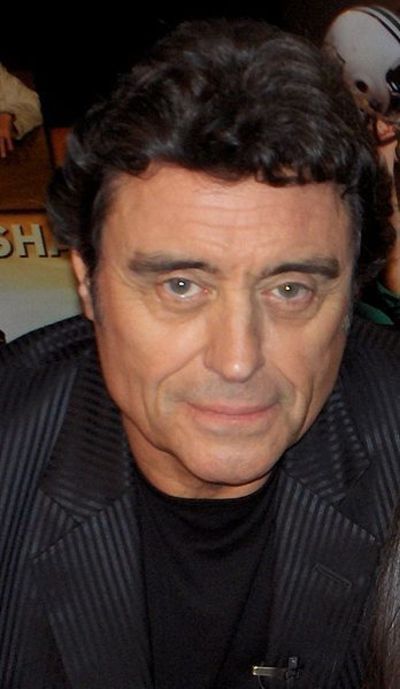 Despite appearing in numerous films, McShane is best known for his television roles, particularly the BBC's Lovejoy (1986–94) and HBO's Western drama series Deadwood (2004–06). McShane starred as King Silas Benjamin in the NBC series Kings, Bishop Waleran in The Pillars of the Earth, Tai Lung in Kung Fu Panda,and as Blackbeard in Pirates of the Caribbean: On Stranger Tides. He also appears in 2013's Jack the Giant Slayer.

McShane was born in Blackburn, Lancashire, on 29 September 1942, the son of Irene (née Cowley) and Scottish footballer Harry McShane. He grew up in Urmston, Lancashire, and attended Stretford Grammar School. He studied at the Royal Academy of Dramatic Art and was still a student there when he appeared in his first film, 1962's The Wild and the Willing.

In the United Kingdom, McShane's best known role may be that of antiques dealer Lovejoy in the hit BBC drama series of the same name. He also enjoyed fame in the United States as English cad Don Lockwood in the soap opera Dallas and as an English cockfighting aficionado in the miniseries Roots. Even before Lovejoy, McShane was a pin-up as a result of appearances in television series such as Wuthering Heights (1967, as Heathcliff), If It's Tuesday, This Must Be Belgium (1969 as Charlie), Jesus of Nazareth (1977, as Judas Iscariot), and Disraeli (1978) — as well as films like Sky West and Crooked (1965) and Battle of Britain (1969).

In the United States, he is perhaps best known for the role of historical figure Al Swearengen in the HBO series Deadwood, for which he won the 2005 Golden Globe Award for Best Actor in a Television Drama. He was also nominated for at the 2005 Emmy Award and Screen Actors Guild Awards.

In 1977, McShane began a relationship with actress Sylvia Kristel after meeting her on the set of The Fifth Musketeer. The affair ended his marriage to his second wife, the model Ruth Post, who is the mother of his two children, Kate and Morgan. In 1980, he married actress Gwen Humble. They live in the Venice Beach community of Los Angeles.