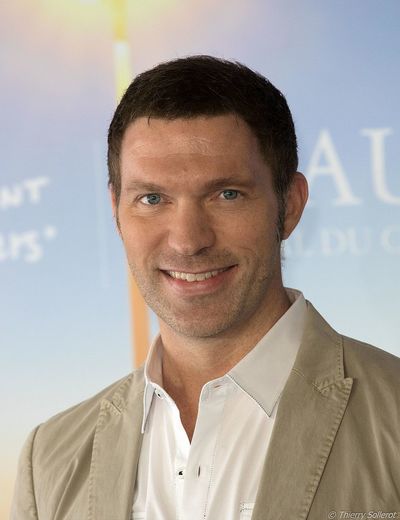 Travis Andrew Knight (born September 13, 1973) is an American animator, film director, and producer, who has worked as the lead animator for stop-motion animation studio Laika, and directed the films Kubo and the Two Strings (2016) and Bumblebee (2018).

Knight was born in Hillsboro, Oregon, a suburb of Portland. Knight is the son of Penelope "Penny" (Parks) and Phil Knight, the founder and chairman of Nike. Knight is the grandson of publisher William W. Knight. He attended Jesuit High School, near Beaverton, Oregon. He is a graduate of Portland State University.

Knight began his career as a rapper under the name "Chilly Tee". Utilizing a recording studio built in his father's mansion, Knight self-produced a five song demo album. The demo caught the attention of Bernie Singleton, president of MCA, who passed the demo to producer Hank Shocklee, who liked the demo and agreed to produce Knight's debut album with his production team, The Bomb Squad.

Knight moved into his parents' Manhattan penthouse for six months while recording the album. The Bomb Squad helped him develop fleshed out choruses, as Shocklee felt that Knight was very skilled at writing verses, but his choruses were weak.

In 1993, Knight released the album Get Off Mine. According to Knight, the record did not sell well and he disliked performing. According to Shocklee, "One of the reasons why it didn't catch on was because it was one record that came out of nowhere, and rap is about building momentum." However, Shocklee is proud of the album, saying, "this record still holds up. You can play it now and it doesn't sound dated."

After Travis Knight graduated from Portland State University, Knight's father had become an investor in Will Vinton Studios, and persuaded the company to hire Travis as an intern. He worked on the television series The PJs for Fox Studios and Gary & Mike on UPN, as well as television commercials and promo spots.

By 2003, Phil Knight became a controlling shareholder in Will Vinton Studios, which had been losing money due to poor management, and Travis Knight was promoted to the board of directors, despite having no management experience himself. Following the departure of Vinton, the Knights began to reorganize the failing studio, which was rebranded as Laika.

Since 2005, Travis Knight has served as Laika's vice president of animation. He was a producer and lead animator for Coraline (2009), ParaNorman (2012) and The Boxtrolls (2014). He also sits on the Laika board of directors. Along with Anthony Stacchi and Graham Annable, Knight was nominated for Best Animated Feature at the Academy Awards, for The Boxtrolls. In 2014, Knight began working on his directorial debut, Kubo and the Two Strings, which was released in 2016.

He is the current president and CEO of Laika, along with serving on the board of directors of his father's company, Nike, Inc., a position he assumed in 2015.

Knight is married to fellow PSU graduate Donna Huyssoon and they have three children.