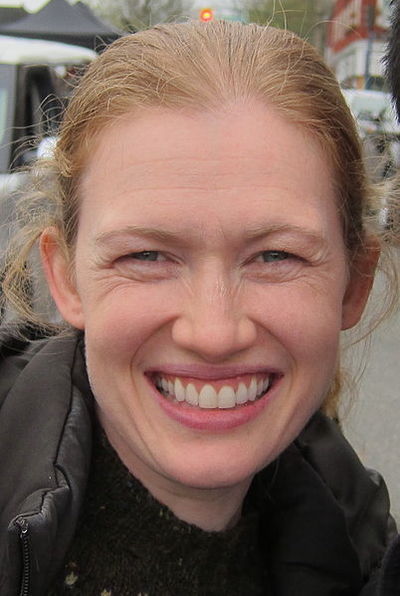 Mireille Enos (born September 22, 1975) is an American actress. She began her acting career in theatre. In 2005 she was nominated for a Tony Award for her performance in the Who's Afraid of Virginia Woolf, and in 2007 joined the cast of the HBO drama series Big Love (2007–2010) as twins Kathy and JoDean Marquart. In 2000s, Enos also had many guest-starring roles on television.

Enos' breakout role was on the AMC crime drama series, The Killing (2011–14) as Sarah Linden (2011–14). For performance in show she was nominated for a Primetime Emmy Award and Golden Globe Awards for Outstanding Lead Actress in a Drama Series. Enos starred as Karin Lane in the 2013 disaster film World War Z and also appeared in films Gangster Squad (2013), Devil's Knot (2013), Sabotage (2014) and If I Stay (2014).

Enos was born in Kansas City, Missouri. She is the daughter of Monique, a teacher of French, and Jon Goree Enos. Her father is American, from Texas, and is of part Scottish ancestry. Her mother is French. She moved to Houston, Texas, at the age of five, where she attended the High School for the Performing and Visual Arts. Enos studied at Brigham Young University. She was raised in The Church of Jesus Christ of Latter-day Saints, but no longer practices (her father was a missionary for the church).

Enos made her screen acting debut in the 1994 television film Without Consent. She made her feature film debut with small role in the 2001 romantic comedy Someone Like You starring Ashley Judd. On television she had number of guest-starring parts in numerous shows, including Sex and the City, Strong Medicine, Rescue Me, Without a Trace, Crossing Jordan, CSI: Miami, Mediumand Law & Order: Criminal Intent. She also appeared in the several stage productions. Enos appeared in the 2005 Broadway production of Who's Afraid of Virginia Woolf. For her performance she was nominated for a Tony Award for Best Featured Actress in a Play, but lost Award to Adriane Lenox.

In 2007, Enos joined the cast of the HBO drama series Big Love about a Mormon family. She played the roles of twin sisters JoDean Marquart and Kathy Marquart. She was regular cast member in the third and fourth seasons.

In 2010, Enos was cast in her first in career lead role in the AMC drama series The Killing, based upon the Danish television series Forbrydelsen. She played the role of homicide detective Sarah Linden. She received critical acclaim for her performance in show and first season was praised by most critics.