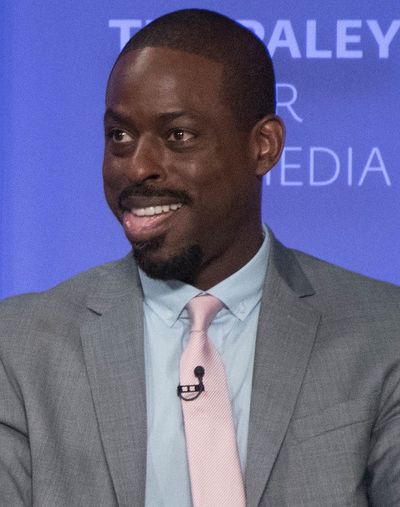 Brown was born in 1976 in St. Louis, Missouri, to Sterling Brown and Aralean Banks Brown. Brown is one of five children; he has two sisters and two brothers. His father died when Brown was 10 years old. As a child, he went by the name Kelby; when he turned 16 he adopted the name Sterling, explaining in 2016,

"I went by Kelby. My mom tells me this story – she was reiterating it the other day – in kindergarten I came home one day and said, 'Mom, Sterling is eight letters and Kelby is five. I'll just do Kelby and then when I turn 16, I will go by Sterling.' And I don't remember that. The impetus for me is that he had been gone for some time, and I was like, 'Kelby was a little boy's name.' I felt like I was ready to become Sterling."

Brown grew up in Olivette, Missouri and attended Mary Institute and St. Louis Country Day School. He went on to graduate from Stanford University in 1998 with an acting degree. He initially wanted to work in business but fell in love with acting as a college freshman. Brown then attended New York University's Tisch School of the Arts where he obtained his MFA.

After graduation from college, Brown performed in a series of roles in regional theatre. He has also since appeared in numerous television shows including ER, NYPD Blue, JAG, Boston Legal, Alias, Without A Trace, Supernatural, and Third Watch. He was a regular in the comedy Starved and has also appeared in movies, including Stay with Ewan McGregor, Brown Sugar with Taye Diggs and Trust the Man with David Duchovny and Julianne Moore.

He played a recurring character on the television series Supernatural, where he portrayed vampire hunter Gordon Walker. Brown played Dr. Roland Burton on Army Wives. He also portrayed Detective Cal Beecher on Person of Interest. In 2008, he played David Mosley on the "Patience" episode of Eli Stone. In 2016, Brown starred in the FX miniseries The People v. O.J. Simpson: American Crime Story as Christopher Darden, for which he won the award for Primetime Emmy Award for Outstanding Supporting Actor in a Limited Series or Movie in the 68th Primetime Emmy Awards.

In the theater, Brown starred in 2014 as Hero in Suzan-Lori Parks' Odyssey-inspired play Father Comes Home From the Wars at New York's Public Theater.

Since 2016, he has appeared in the television series This Is Us. In 2018, he became the first African-American actor to win a Golden Globe in the best actor in a TV drama category, which he won for This Is Us. That same year he also became the first African-American actor to win a Screen Actors Guild Award in the Outstanding Performance by a Male Actor in a Drama Series category, also for This Is Us. He also was part of that year's Screen Actors Guild Award win for Outstanding Performance by an Ensemble in a Drama Series, again for This Is Us.

In June 2007, he married actress Ryan Michelle Bathe, his college sweetheart. They have two sons.