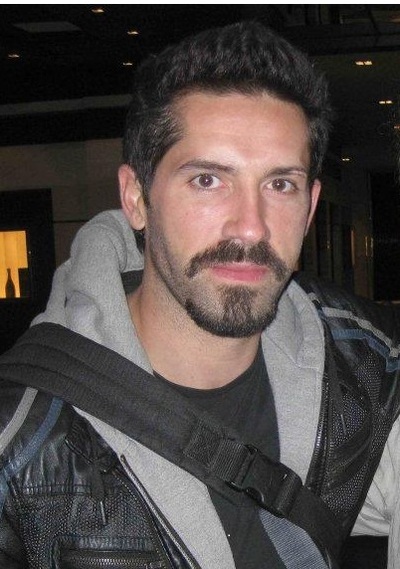 Scott Edward Adkins (born 17 June 1976) is an English actor and martial artist who is best known for playing Yuri Boyka in Undisputed II: Last Man Standing and Undisputed III: Redemption, Bradley Hume in Holby City, Ed Russell in Mile High and as Hector in The Expendables 2. Adkins has also appeared in Dangerfield, Hollyoaks, The Tournament TV series and many others, as well as many films.

His first break came when he was offered a role in a Hong Kong martial arts film called Dei Seung Chui Keung (2001) (aka Extreme Challenge). Spotted by Head of The Hong Kong Stuntmen Association and director Wei Tung and English-born Hong Kong movie expert Bey Logan, Adkins found himself in the East for the first time. Scott got the chance to work with some of Hong Kong cinema's leading action directors including Woo-ping Yuen, Corey Yuen, Sammo Hung Kam-Bo and the legendary Jackie Chan. Acting roles started to come in and he was offered a guest role in BBC's "Doctors" (2000) filmed at Birmingham's Pebble Mill. A few episodes in BBC's "EastEnders" (1985) and "City Central" (1998), and a lead role in Sky One comedy drama Mile High (2003) followed by a regular role in BBC's "Holby City" (1999) as Bradley Hume, the assistant General Manager of Holby General.

Starring roles in feature films soon followed with his portrayal of Talbot in Special Forces (2003) and Yuri Boyka in Undisputed II: Last Man Standing (2006). It was this film that broke him into the mainstream with his villainous portrayal of a Russian MMA underground fighter Boyka in what has been hailed as one of the best American made Martial Arts films of recent times. Along with lead actor Michael Jai White, fight coordinator J.J. Perry and the slick direction of Isaac Florentine this movie has some unbelievably heart stopping fight scenes.