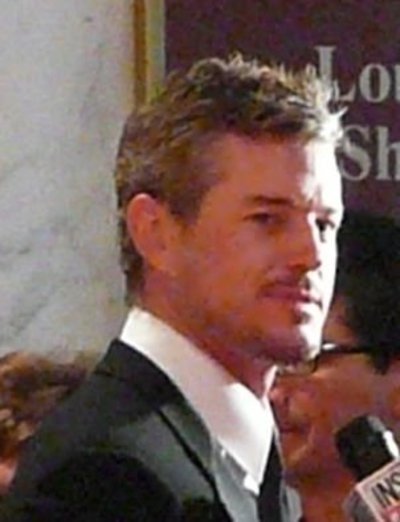 Eric Dane (born November 9, 1972) is an American actor. After appearing in television roles throughout the 1990s and 2000s, he became known for playing Dr. Mark "McSteamy" Sloan on the medical drama television series Grey's Anatomy, and has recently branched into film, co-starring in Marley & Me, Valentine's Day, and Burlesque.

Dane was born in San Francisco,California to a homemaker mother, Leah, and an interior designer/architect father. He has a younger brother. Dane was raised in his mother's Jewish religion. He attended Sequoia High School in Redwood City, California, from 1987 to 1990, and San Mateo High School in San Mateo, California, from 1990 to 1991, where he graduated. Aragon High School Dane was an athlete in high school, playing on the Boys' Varsity water polo team, but decided to pursue a career in acting after appearing in a school production of Arthur Miller's All My Sons.

In 1993, Dane moved to Los Angeles,[6] where he played small roles in the television series Saved by the Bell, The Wonder Years, Roseanne, and Married With Children, among others.

Dane's first major feature film appearance was in The Basket (1999).

Dane made headlines when he participated in a nude tape with his wife and Kari Ann Peniche.

Eric Dane checked himself into rehab in June 2011; he entered a California treatment center to rectify his problem with dependency on prescription drugs after suffering a sports injury.