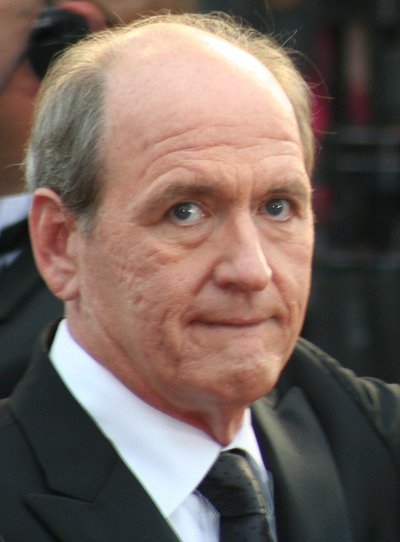 Richard Dale Jenkins (born May 4, 1947) is an American stage, film, and television actor. He began his career in the theatre and made his film debut in 1974. He has played supporting roles in films almost every year since 1985 and had lead roles in The Cabin in the Woods and The Visitor, for which he was nominated for the Academy Award for Best Actor. He played the deceased patriarch Nathaniel Fisher on the HBO drama series Six Feet Under.

Jenkins was born and raised in DeKalb, Illinois. His mother, Mary Elizabeth (née Wheeler), was a housewife, and his father, Dale Steven Jenkins, was a dentist. He attended DeKalb High School. Before he was an actor, Jenkins drove a linen truck (his boss was actor John C. Reilly's father). Jenkins earned a degree in drama from Illinois Wesleyan University, before relocating to Rhode Island. While attending Illinois Wesleyan, Jenkins became a member of Phi Gamma Delta.

He worked as an actor with the Trinity Repertory Company in Providence, Rhode Island, while breaking into film with a bit part in Feasting with Panthers (1974), a television movie, and continued as a celebrated member of Trinity's resident acting company and served as Artistic Director of the theatre from 1990-4.