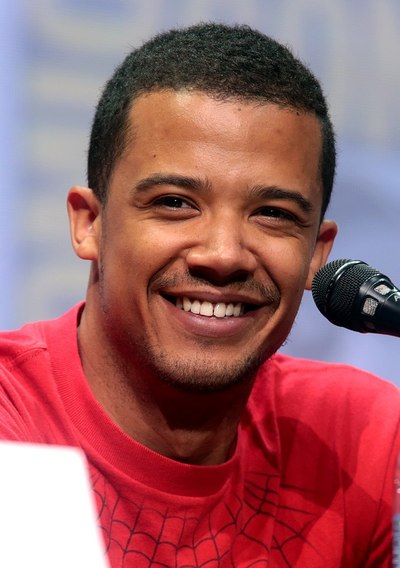 Jacob Basil Anderson (born 18 June 1990) is a British actor, singer-songwriter, rapper, and record producer. As an actor, he is known for his role as Grey Worm in the television series Game of Thrones, and his recurring appearances in the first seasons of Episodes and Broadchurch. As a musician, he uses the alias Raleigh Ritchie; his debut album, You're a Man Now, Boy, was released in 2016 to very positive reviews.

Anderson was born and raised in Bristol, England. His father is of Afro-Caribbean descent. At the age of 11, his Nintendo 64 was stolen, which he revealed in an episode of Game Grumps. At the age of 17, Anderson moved to London in order to launch his music career.

Anderson played Angelo in the film 4.3.2.1. He starred in the ITV drama series Injustice as Simon, a teenager in a youth offender institution. He also had a one-episode guest role on Outnumbered. He also appeared in an episode of Skins, and appeared in the feature film Comedown, co-starring Adulthood's Adam Deacon and directed by Kidulthood director Menhaj Huda. Anderson featured in various plays, including Dunsinane for the RSC, King Lear (with Pete Postlethwaite) at the Young Vic Theatre, and War Horse at the National Theatre. He was seen in the teen slasher film Demons Never Die, playing Ricky, and is currently appearing in the BBC Two comedy Episodes, alongside Matt LeBlanc and Stephen Mangan.

In 2012, Anderson was cast for the third season of HBO's television series Game of Thrones as Grey Worm, the leader of the Unsullied. Anderson continues to portray this role through season 4, season 5, season 6 and season 7. Anderson played Dean Thomas, the boyfriend of Chloe Latimer, on the ITV drama Broadchurch in 2013.

In 2006, Anderson was featured as a vocalist on Typesun's "The PL". They released another track in 2007, titled "Let Me Know." Anderson recorded a song with Plan B, which was featured on the Adulthood soundtrack, titled "I Need Love." In 2013, Anderson signed to Columbia Records, and released a free three-track EP, The Middle Child, under the stage name Raleigh Ritchie. A second EP, Black and Blue, followed in 2014.

Anderson's musical influences include Erykah Badu, David Bowie, Jill Scott, The Smiths, and Stevie Wonder. He attributes the inspiration for many of the songs on his first album, "Black and Blue" to time spent with his older brother, Alfie Anderson, and his younger cousin Matan Inbar-Hansen, on family trips to California. In March 2014, his track "Stronger Than Ever" from Black and Blue was remixed by UK garage producer M. J. Cole and released as a standalone single. "Stronger Than Ever" has been used in television adverts promoting the launch of ITV Encore, as well as in montage videos during Sky Sports' coverage of Professional Darts Corporation events. The song peaked at number 30 on the UK Singles Chart. Anderson supported George Ezra on his Spring 2015 UK tour.