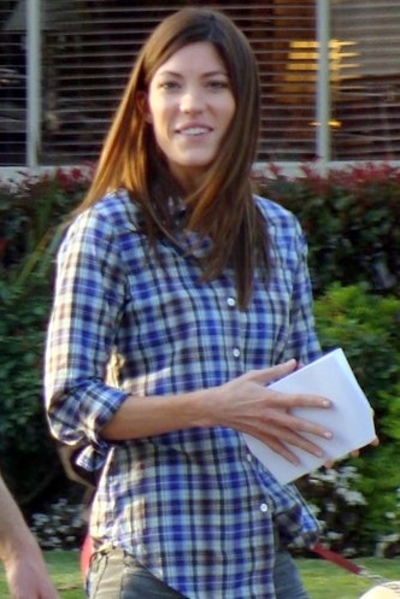 Jennifer Leann Carpenter (born December 7, 1979) is an American actress. Carpenter is best known for playing Debra Morgan on the hit Showtime drama series Dexter, for which she has won a Saturn Award in 2009.

Carpenter was born in Louisville, Kentucky, the daughter of Catherine (born Mitchell) and Robert Carpenter. She attended St. Raphael the Archangel and then Sacred Heart Academy. She trained at the Walden Theatre Conservatory program, and later at New York City's Juilliard School (Drama Division Group 31: 1998–2002). Before graduation, she was cast in the 2002 Broadway revival of Arthur Miller's The Crucible starring Liam Neeson and Laura Linney.

Carpenter currently plays the role of Debra Morgan in the Showtime crime drama television series Dexter which premiered October 1, 2006. Her portrayal of the title character's foster sister has impressed some critics, with Australian journalist Jack Marx describing her portrayal of "cool and clumsy" Debra as "so perfect that many viewers appear to have mistaken the character's flaws for the actor's."

In 2011, she starred in the off-Broadway play Gruesome Playground Injuries at Second Stage Theatre and had a guest appearance on the CBS drama The Good Wife.

In 2007, she began dating her Dexter co-star Michael C. Hall. They eloped on New Year's Eve, 2008 in California, and publicly appeared together for the first time as a married couple at the 66th Golden Globe Awards in January 2009. In December 2010, Hall and Carpenter released a statement announcing that they had filed for divorce after having been separated "for some time". The divorce was finalized in December 2011 for "irreconcilable differences" however the two remain very close friends.

In 2010, she ran the New York City Marathon with Elementary lead and her Dexter co-star Jonny Lee Miller, completing it in 3:34.