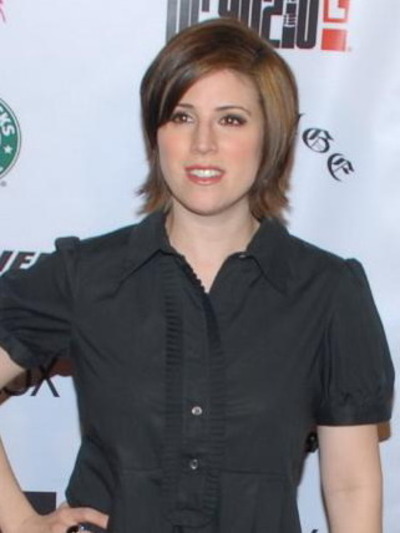 Melanie Deanne Paxson (née Moore; born September 26, 1972) is an American actress. She is perhaps best known for her roles as Jaclyn in Cupid, Sara Brennan in Happy Family and as Julie in Notes from the Underbelly. Paxson also appeared in a number of Gladware television commercials in the early 2000s.

Paxson was born in Champaign, Illinois. She graduated from the University of Missouri with a bachelor's degree in Theatre. She received training in acting at Second City Chicago and performed with the Steppenwolf Theatre Company.

She pursued a screen career. In 1997, she had an uncredited role in the series Early Edition. Her first notable screen role was a recurring role as Jaclyn in the ABC series Cupid from 1998 to 1999. She went on guest star in the series The Drew Carey Show, Quintuplets, Joey, Related, Kitchen Confidential, CSI: Crime Scene Investigation, Surviving Suburbia, Rules of Engagement, Medium and The Exes. From 2003 to 2004, Paxson had a regular role in the NBC sitcom Happy Family as Sara Brennan. From 2007 to 2008, she co-starred as Julie in the ABC sitcom Notes from the Underbelly, the series aired for two seasons. From 2009 to 2010, she had a recurring role as Doris Madigan (née Aidem) on the Nickelodeon sitcom True Jackson, VP. She is also the spokeswoman in Red Robin's burger commercials.

Paxson's film credits include Ready to Rumble (2000), Slackers (2002), Saving Mr. Banks (2013), and starring as Joyce DeWitt in the television film Behind the Camera: The Unauthorized Story of Three's Company (2003).