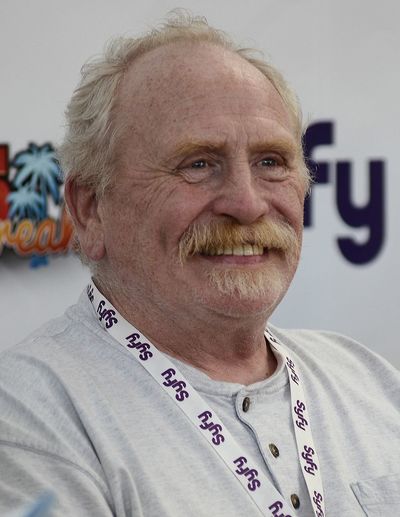 James Cosmo (born 24 May 1948) is a Scottish actor known for his appearances in films including Highlander, Braveheart, Trainspotting, Troy and The Chronicles of Narnia: The Lion, the Witch and the Wardrobe, as well as television series such as Game of Thrones.

Cosmo is best known for his film roles as Angus MacLeod in Highlander, Campbell in Braveheart and as Father Christmas in the adaptation of The Chronicles of Narnia: The Lion, the Witch and the Wardrobe. Over the years he has also had roles in other films such as Trainspotting, The Last Legion and 2081. He appeared in Troy with future Game of Thrones cast members Sean Bean and Julian Glover. He also appeared in Take the High Road as Alex Geddes from 1982 until 1983. He appeared as Lieutenant-Colonel Philip Drysdale in the seventh series of Soldier Soldier. He recently portrayed Jeor Mormont, Lord Commander of the Night's Watch, in the acclaimed HBO series Game of Thrones. He is currently involved in the filming of the thriller Breakdown in which he appears alongside Craig Fairbrass, Bruce Payne, Emmett Scanlan, Olivia Grant and Tamer Hassan.