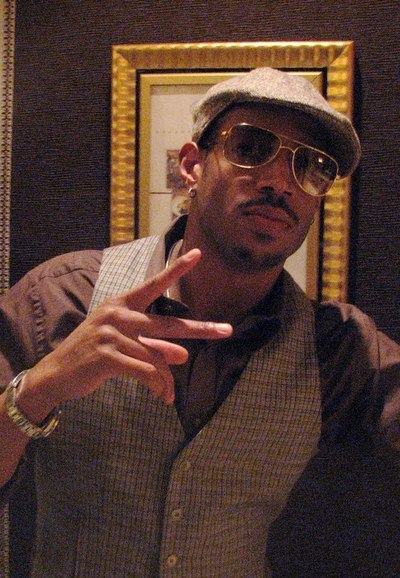 Marlon L. Wayans (born July 23, 1972) is an American actor, model, producer, comedian, writer, and director of movies, beginning with his role as a pedestrian in I'm Gonna Git You Sucka in 1988. He frequently collaborates with his brother Shawn Wayans, as he was on the WB sitcom The Wayans Bros. and in the comedic films Scary Movie, Scary Movie 2, White Chicks, Little Man, and Dance Flick. However, Wayans had a dramatic role in Darren Aronofsky's critically acclaimed Requiem for a Dream, which saw his departure from the usual comedies. In 2009, he appeared in G.I. Joe: The Rise of Cobra. Most recently, he had a leading role in 2013's A Haunted House and The Heat.

Wayans was born in New York City, New York, the son of Elvira, a homemaker and social worker, and Howell Wayans, a supermarket manager. His family was involved in the Jehovah's Witnesses religion. Wayans was raised in the housing projects of New York City, the youngest of ten siblings. He is the brother of Nadia Wayans, Shawn Wayans, Keenen Ivory Wayans, Damon Wayans, Dwayne Wayans, and Kim Wayans; all celebrities in their own right. Wayans went to Fiorello H. LaGuardia High School of Music & Art and Performing Arts in New York City, the school made famous in Fame. He attended Howard University.

Marlon appeared with his siblings on In Living Color between 1992-1993. From 1995 until 1999, Wayans co-starred in the WB sitcom The Wayans Bros. with brother Shawn Wayans. Though primarily a comedic actor, he garnered considerable critical acclaim for his dramatic turn in Requiem for a Dream. He has also produced the first two films of the Scary Movie series, in which he and Shawn were credited writers and co-stars. He was sharply criticized for his performance in the 2000 movie Dungeons & Dragons as "Snails", the incompetent Rogue. Wayans filmed all his scenes in four days before leaving to work on Requiem for a Dream.