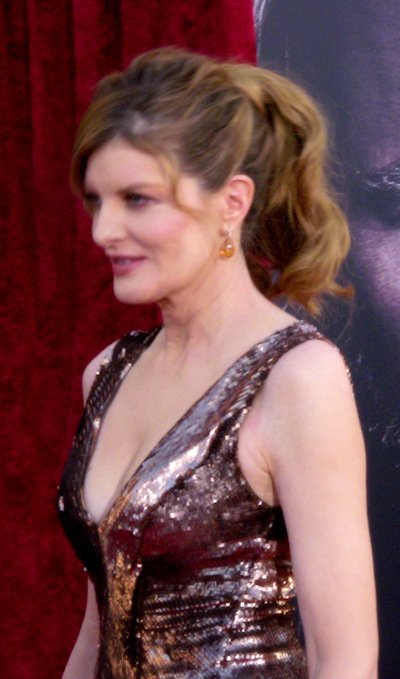 Russo appeared as Frigga, the mother of the titular hero in the superhero films Thor (2011) and Thor: The Dark World (2013). In 2014, Russo starred in the crime thriller film Nightcrawler for which she received critical praise. She is set to appear in upcoming comedy The Intern, which is scheduled for a September 25, 2015 release.

Russo was born in Burbank, California, the daughter of Shirley (née Balocca), a factory worker and barmaid, and Nino Russo, a sculptor and car mechanic who left the family when Rene was two. Her father and maternal grandfather were of Italian descent. Russo grew up with her sister, Toni, and their single mother. She attended Burroughs High School (where her classmates included director Ron Howard), but eventually dropped out in the tenth grade. To help her family, she began taking a variety of part-time jobs including working in an eyeglass factory, and as a movie cashier.

Russo started a modeling career after allegedly being spotted at a 1972 Rolling Stones concert by John Crosby, an agent from International Creative Management. With his encouragement, Russo applied to, and was signed by, Ford Modeling Agency, and went on to appear in magazine covers for Vogue, Mademoiselle, and Cosmopolitan, as well as advertisements for perfume and cosmetics.

By her 30th birthday, demand for her as a model began to dwindle. She did a few more commercials and then turned her back on modeling and show business for a while. She began to study theater and acting, and began appearing in theater roles at small regional theaters in Los Angeles and elsewhere in California. At one point, she took acting lessons from veteran actor Allan Rich. They were interviewed on CNN in 1980.

Russo made her television series debut in 1987, with a supporting role in the TV series Sable. Two years later, she made her debut in film as the girlfriend of the Tom Berenger character in Major League. Her breakthrough role is generally considered to be her part as internal affairs detective Lorna Cole in Lethal Weapon 3 (and again in Lethal Weapon 4) opposite Mel Gibson.

Throughout the 1990s, Russo appeared in a number of thrillers including In the Line of Fire with Clint Eastwood, Outbreak with Dustin Hoffman, Ransom (directed by high school classmate Howard and worked again with her Lethal Weapon co-star Gibson) and the remake of The Thomas Crown Affair with Pierce Brosnan. She attained a certain degree of cult status from her performance in Freejack, alongside of Emilio Estevez, Mick Jagger, and Anthony Hopkins.

Russo has been married to screenwriter Dan Gilroy since March 14, 1992. They have one daughter, Rose (born 1993), and the family currently lives in Brentwood, Los Angeles, California. Her sister Toni was married to lyricist Bernie Taupin in the 1980s, and Rene appeared alongside her sister in the 1987 video for Taupin's solo song, "Citizen Jane." 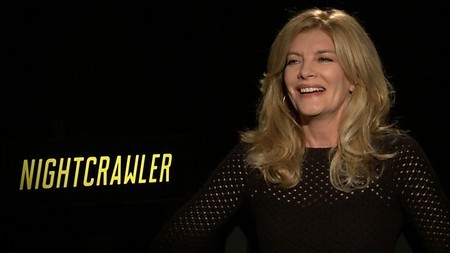 Rene Russo Stars as Nina the News Shark in ‘Nightcrawler’