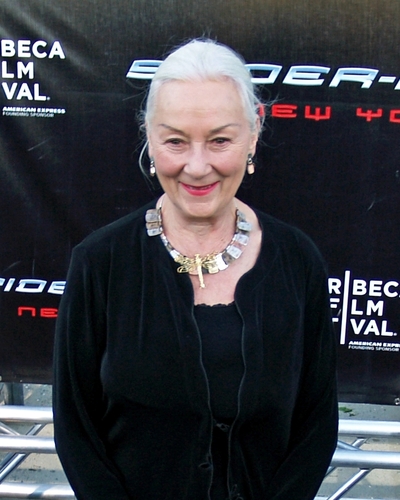 Rosemary Ann Harris (born 19 September 1927) is an English actress and a member of the American Theatre Hall of Fame. She has been nominated for an Academy Award and a BAFTA Award and has won a Golden Globe, an Emmy, a Tony Award, an Obie, and five Drama Desk Awards.

Harris was born in Ashby-de-la-Zouch, Leicestershire, the daughter of Enid Maude Frances (née Campion) and Stafford Berkely Harris. One of her grandmothers, born into a family of boyars in Muntenia, was Romanian. Her father was in the Royal Air Force and as a result, Harris' family lived in India during her childhood. She attended convent schools, and later studied at the Royal Academy of Dramatic Art from 1951 to 1952.

Early in her acting career, she gained experience in English repertory theatre. In 1948, she acted in Kiss and Tell at Eastbourne with Tilsa Page and John Clark before training at RADA. She first appeared in New York in 1951 in Moss Hart's Climate of Eden, and then returned to Britain for her West End debut in The Seven Year Itch which ran for a year at the Aldwich. She then entered a classical acting period in productions with the Bristol Old Vic and then the Old Vic.

Her first film followed, Beau Brummel (1954) with Stewart Granger and Elizabeth Taylor, and then a touring season with the Old Vic brought her back to Broadway in Tyrone Guthrie's production of Troilus and Cressida.