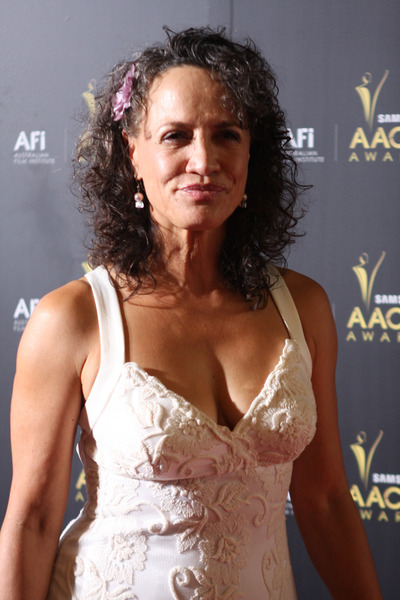 Rena Owen (born 22 July 1962) is a New Zealand actress in theatre, television and film. Owen is best known for her leading role as Beth Heke in Lee Tamahori's Once Were Warriors and as Nee Alavar in George Lucas's Star Wars: Episode III Revenge of the Sith .

Born in New Zealand, Owen is of Maori, Welsh and European descent. One of nine children, she grew up in Moerewa, raised Catholic in a small rural town in the North Island's Bay of Islands. She regularly performed in local Maori Culture groups and performed in dramas and musicals while in high school. Owen pursued a medical career and trained as a nurse at Auckland Hospital for three and a half years. Once she qualified as an SRN, Owen moved to London, England.

Owen trained at the Actors Institute in London in the mid-1980s and worked extensively in British theatre. Highlights include Voices From Prison for the Royal Shakespeare Company, Co-Existences for the Elephant Theatre and Outside in for Theater New Zealand, which debuted at the Edinburgh Festival. Owen wrote and starred in Te Awa i Tahuti (The River That Ran Away), which had a successful London tour and was later published by NZ Playmarket in 1991.

On her return to New Zealand in 1989, Owen acted in two dramas for Television NZ's E Tipu E Rea series. A first of its kind, the series was written, acted, directed & produced by Maori, telling Maori stories. She worked extensively in theatre; acting, writing, directing, working as a dramaturge, and was a founding member of Taki Rua Theatre. Owen wrote and starred in Daddy's Girl, while also playing reoccurring roles in two TV series; Betty's Bunch & Shark in the Park. Recent theatre credits include starring in the classic NZ plays, Haruru Mai for the NZ International Arts Festival and The Pohutukawa Tree for ATC. In the USA, she has acted in multiple stage readings for Native Voices at the Autry in LA, and a charity stage reading of Vagina Monologues for the City of West Hollywood. She also played the lead in a Hawaiian play called Fine Dancing, adapted and directed Toa Fraser's play Bare for the Asian American Theatre Company in San Francisco (AATC).