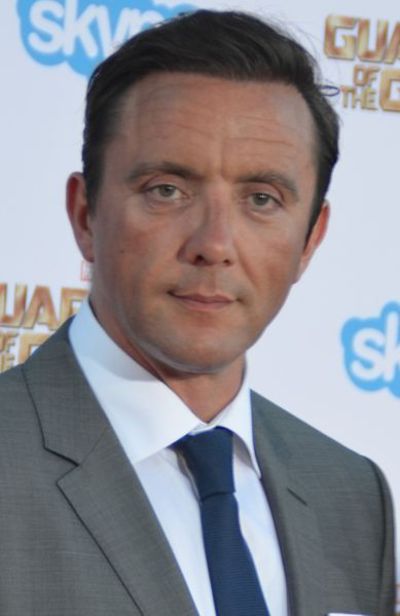 Peter Szymon Serafinowicz (born 10 July 1972) is an English actor, comedian, writer, voice artist and director. He is best known for dubbing the voice of Darth Maul in Star Wars Episode I: The Phantom Menace, and for appearing in a variety of British and American comedy shows.

Serafinowicz made his broadcasting debut in 1993 on Radio 1 show The Knowledge, a spoof documentary about the music industry.

Serafinowicz made his broadcasting debut in 1993 on Radio 1 show The Knowledge, a spoof documentary about the music industry. From there he went on to perform in Radio 4 shows Week Ending, Harry Hill's Fruit Corner, Grievous Bodily Radio, The Two Dannys and A Whole New Ball Game.

On 1 May 1997, he appeared inThe Election Night Armistice as Moz Bingham, the fictional press secretary to the then shadow Chancellor of the Exchequer Gordon Brown, who verbally abuses and bullies the BBC's Nick Robinson in a spoof phone call over the politician's news coverage. In 1998 he appeared on TV in Comedy Nation and You are Here. He also had a role in the Simon Nye-penned sitcom How Do You Want Me?.

Serafinowicz is married to actress Sarah Alexander. Their first child, a son named Sam, was born in March 2007. They also have a daughter named Phoebe. Peter's brother, James, is a writer and director, and can be seen wearing his Liverpool Blue Coat School uniform at the beginning and end of each episode of the first series of Look Around You and is the person who always gets choked by the robot talk-show host Michael-6 during the Michael-6: The Robot Talk Show Host sketches of The Peter Serafinowicz Show. Serafinowicz's sister Helen is married to Graham Linehan.

Foosball: The Unbeatables 2014
Guardians Of The Galaxy 2014
Couples Retreat 2009