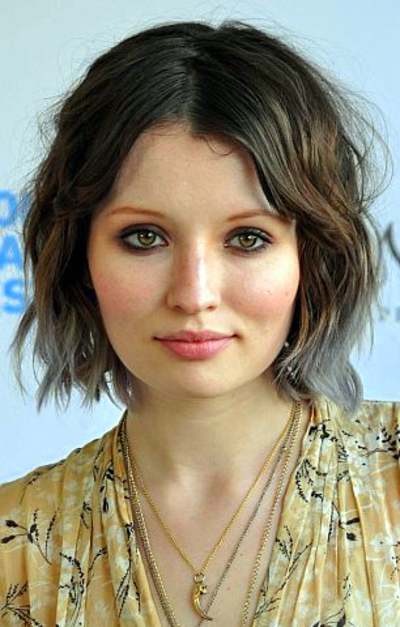 Emily Jane Browning (born 7 December 1988) is an Australian film actress and singer. Browning made her film debut in the Australian television film The Echo of Thunder, subsequently, she played recurring roles in Australian television shows Blue Heelers and Something in the Air. Her breakthrough role was in the 2002 horror film Ghost Ship, which introduced her to a wider audience. In 2005, Browning won the Australian Film Institute International Award for Best Actress for her portrayal of Violet Baudelaire in the comedy film Lemony Snicket's A Series of Unfortunate Events (2004).

Browning is also known for her roles in the horror film The Uninvited (2009), the action film Sucker Punch (2011), and the independent film Sleeping Beauty (2011). Her role in Sleeping Beauty was highly praised and in 2011 was named the Breakthrough performer of the year by Hamptons International Film Festival.

Browning was born in Melbourne, Victoria, the daughter of Andrew and Shelley Browning. She attended Eltham High School. Browning has two younger brothers, Nicholas and Matthew.

Browning's debut acting role was in the 1998 Hallmark Channel movie The Echo of Thunder. Additional roles in Australian film and television productions soon followed, including recurring roles in the television series Blue Heelers from 2000 to 2002, and Something in the Air from 2000 to 2001. In 2001, Browning appeared as the daughter of a character played by Billy Connolly in The Man Who Sued God.

She made her American film debut in 2002's Ghost Ship, and won an Australian Film Institute Award for Best Young Actress, the same year. In 2003, she appeared opposite Heath Ledger and Orlando Bloom in 2003's Ned Kelly, and then reunited with Connolly the following year in the film adaptation of Lemony Snicket's A Series of Unfortunate Events, in which she played Violet Baudelaire.

Browning played the lead role in the 2009 horror film The Uninvited, an American remake of the 2003 South Korean film A Tale of Two Sisters, co-starring against Elizabeth Banks and Arielle Kebbel. She then turned down a request to audition for the role of Bella Swan in Twilight, citing exhaustion, despite an endorsement from series author Stephenie Meyer. In 2009, she was cast as Babydoll in Zack Snyder's action film Sucker Punch, as a replacement for Amanda Seyfried, who dropped out due to scheduling conflicts. Filming took place in Vancouver from September 2009 to January 2010, and the film was released on 25 March 2011. In an interview at Comic-Con, she confirmed that she would be singing in the film, while claiming that her audition tape brought tears to her casting agent's eyes and the song she selected ("Killing Me Softly") was one of Zack Snyder's wife Deborah's favourites, which Browning referred to as the "selling point" on her being cast in the role.

Browning took a break from acting in order to complete her education at Eltham High School, where she concluded her Victorian Certificate of Education exams in November 2006.

Browning is currently in a relationship with fellow Australian actor, Xavier Samuel. 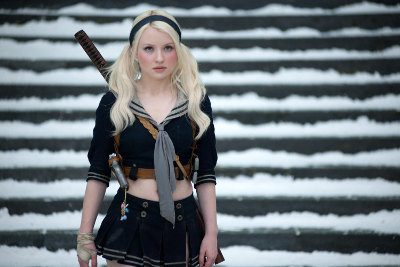 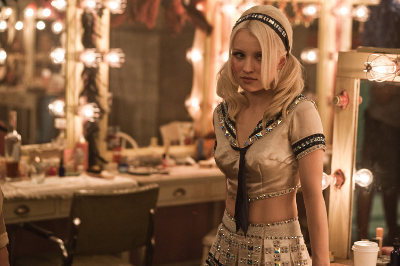