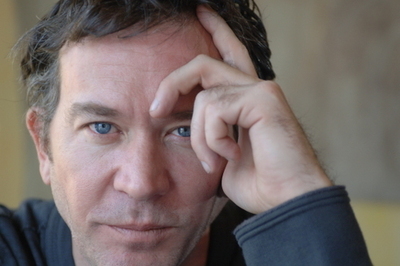 He is the youngest actor to win the Academy Award for Best Supporting Actor, which he won at the age of 20 for his performance as Conrad Jarrett in Ordinary People (1980). Hutton has since appeared regularly in feature films and on television, with featured roles in Taps, The Falcon and the Snowman, and The Dark Half, among others.

Timothy Hutton was born in Malibu, California. His father was actor Jim Hutton; his mother, Maryline Adams (née Poole), was a teacher. His parents' marriage dissolved when Hutton was three years old, and his mother took him and his older sister with her to Boston. The family returned to California when Hutton was 12.

"A lot of people think that because my father was an actor, I come from this big show-business background," Hutton told Bruce Cook of American Film magazine in 1981. "But that's not how I grew up at all. My mother took us to Cambridge because she wanted to get her M.A. She wound up teaching in Connecticut, but the way she saw it, after a while, if we all stayed there, my sister and I would just wind up as the proprietors of the local drugstore or something, so that was why she took us to Berkeley – to get us into the world, I guess. Now she's given up teaching and she's into printing miniature books."

When he was 16, Hutton sought out his father, living with him in Los Angeles while attending Fairfax High School. There, while playing Nathan Detroit in a school production of Guys and Dolls, he realized he wanted to become an actor. With encouragement from both of his parents, he carefully built himself a career in television.

Timothy Hutton's career began with parts in several television movies, most notably the 1979 ABC TV film Friendly Fire. That year, he also played the son of Donna Reed in the Ross Hunter NBC television film, The Best Place to Be. He then made two CBS made-for TV films in 1980: Young Love, First Love with Valerie Bertinelli, and Father Figure with Hal Linden. For his first feature film performance, as Conrad Jarrett in Ordinary People (1980), Hutton won both the Academy Award and the Golden Globe for Best Supporting Actor. His performance also earned him the Golden Globe Award for New Star of the Year in a Motion Picture – Male. Immediately following his success, he starred in the acclaimed 1981 ABC television film A Long Way Home co-starring Brenda Vaccaro.

Hutton's next feature film, Taps (with George C. Scott, Sean Penn, and Tom Cruise), was popular with critics and audiences, but during the next several years, his motion pictures, such as Iceman, Daniel, Turk 182, Made in Heaven, and Q&A, struggled at the box office. His only substantial hit was 1985's The Falcon and the Snowman which teamed him again with Sean Penn.

In 1989, he made his Broadway stage debut opposite his Ordinary People co-star Elizabeth McGovern in the A.R. Gurney play Love Letters. He followed this with another Broadway role in the Craig Lucas hit comedy, Prelude to a Kiss, which also starred Mary-Louise Parker and Barnard Hughes.

Hutton has married twice. His first marriage (1986–1990) was to actress Debra Winger; they have a son, Noah, born in 1987. Hutton dated Angelina Jolie for a few years before she married Billy Bob Thornton. In 2000, he married illustrator Aurore Giscard d'Estaing, niece of former French president Valéry Giscard d'Estaing. Their son Milo was born in Paris in 2001. In July 2009, US Weekly reported that Hutton and his second wife, Giscard d'Estaing, had separated.