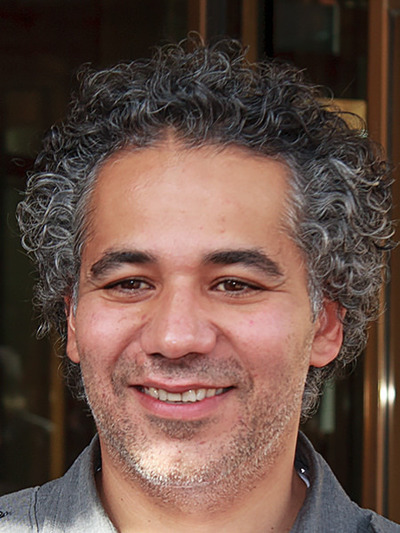 John Ortiz (born May 23, 1968) is an American actor and artistic director/co-founder of the LAByrinth Theater Company.

Born and raised in the Bushwick neighborhood of Brooklyn, New York, he is of Puerto Rican ancestry. Ortiz resided in that borough with his wife Jennifer and son Clemente until 2010. At that time they moved to California, where they currently live.

In 1993, John made his film debut as Al Pacino's young cousin Guajiro in Carlito's Way. He went on to appear in over 30 films including El Cantante, Take the Lead, Before Night Falls, Amistad, Ransom, and Narc. His recent film performances include those in Ridley Scott's American Gangster as Russell Crowe's partner Javy Rivera, and Michael Mann's Miami Vice as drug lord Jose Yero.

Among Ortiz's television roles, he has most recently played the lead in J.J. Abrams’ Hope Against Hope for HBO, a series regular on Denis Leary's The Job and CBS’ Clubhouse as well as the NBC cop drama Blue Blood, directed by Brett Ratner.

In 1992, Ortiz formed Latino Actors Base with 13 other Latino actors to provide themselves with a place to work and an opportunity to become a tightly knit ensemble. Today, that ensemble is known as LAByrinth Theater Company: an award winning troupe of over 100 artists from a wide range of cultural backgrounds and creative disciplines.

With LAByrinth, he most recently played the role of Clyde in the world premiere of Jack Goes Boating by Bob Glaudini (Drama Desk nomination). In 2006, he appeared as Che Guevara in the world premiere of School of the Americas by Jose Rivera, a co-production between LAByrinth Theater Company and The Public Theater. Other co-productions between LAByrinth and the Public include the role of Jesus in the world premiere of The Last Days of Judas Iscariot by Stephen Adly Guirgis, and José Solo in Guinea Pig Solo by Brett C. Leonard. Other LAByrinth Theater credits include Jesus Hopped the A Train by Stephen Adly Guirgis in London and New York (Drama Desk nomination, Drama League Award) and Where's My Money? written and directed by John Patrick Shanley.