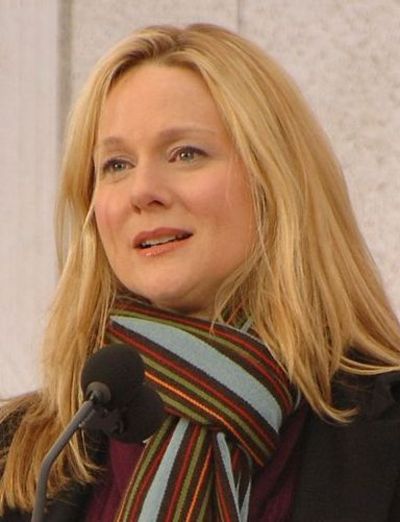 Linney was born in Manhattan. Her mother, Miriam Anderson "Ann" Perse (née Leggett), is a nurse who worked at the Memorial Sloan Kettering Cancer Center, and her father, Romulus Zachariah Linney IV (1930-2011), was a well-known playwright and professor. Linney's paternal great-great-grandfather was Republican U.S. Congressman Romulus Zachariah Linney. Linney grew up in modest circumstances, living with her mother in a small one-bedroom apartment. She has a half-sister, Susan, from her father's second marriage.

She is a 1982 graduate of Northfield Mount Hermon School, an elite preparatory school in New England, for which she currently serves as the chair of the Arts Advisory Council. She then attended Northwestern University before transferring to Brown University, where she studied acting with Jim Barnhill and John Emigh and served on the board of Production Workshop, the university's student theatre group. During her senior year at Brown, she performed in one of her father's plays as Lady Ada Lovelace in a production of Childe Byron, a drama in which Ada's father, the poet Lord Byron, mends a taut, distant relationship with his daughter. Linney graduated from Brown in 1986. She went on to study acting at the Juilliard School as a member of Group 19 (1986–1990), which also included Jeanne Tripplehorn. Linney later received an honorary Doctor of Fine Arts degree from Juilliard when she delivered the school's commencement address in 2009.

Linney first appeared in minor roles in a few early 1990s films, including Lorenzo's Oil (1992) and Dave (1993), before coming to prominence in the public television miniseries Tales of the City in 1993. She was then cast in a series of high-profile thrillers, including Congo (1995), Primal Fear (1996) and Absolute Power (1997). She made her Hollywood breakthrough in 1998, playing Jim Carrey's on-screen wife in The Truman Show, for which she received critical acclaim. Linney was nominated for an Academy Award for Best Actress for her role in the 2000 film You Can Count on Me. The same year, she also appeared in the role of an artist's model in the low-budget film Maze with Rob Morrow. In 2003, Linney appeared in several notable films, including The Life of David Gale, Love Actually, and Mystic River. The latter film earned her a BAFTA Award nomination for Best Supporting Actress. Her 2004 performance in Kinsey, again as the title character's wife, was nominated for the Academy Award for Best Supporting Actress. In 2005, Linney starred in the horror film The Exorcism of Emily Rose and the comedy-drama The Squid and the Whale. For the latter role, she received a Golden Globe nomination for Best Actress in a Musical or Comedy. In 2006, Linney appeared in the political satire Man of the Year, the comedy Driving Lessons (starring Rupert Grint of Harry Potter fame), and the Australian drama Jindabyne by Ray Lawrence. Jindabyne was based on Raymond Carver's short story So Much Water so Close to Home. In 2007, Linney appeared in the spy thriller Breach, the comedy-drama The Nanny Diaries opposite Scarlett Johansson and Chris Evans, and based on the book by Emma McLaughlin and Nicola Kraus, and The Savages with Philip Seymour Hoffman. She received a third Academy Award nomination for The Savages, this time for Best Actress. In 2008, Linney starred in The Other Man, opposite Liam Neeson, with whom she had starred in Kinsey and Love Actually, and Antonio Banderas. In 2012, she starred opposite Bill Murray in Hyde Park on Hudson.

In the late 1980s, Linney did a stint on ABC's General Hospital portraying the character Louise Knotts. She was a counselor at the community center where Tom Hardy, the son of Leslie and Steve Hardy, worked. Linney starred as Mary Ann Singleton in the television adaptations of Armistead Maupin's Tales of the City books (1993, 1998, and 2001). She won her first Emmy Award in 2002 for "Outstanding Lead Actress in a Miniseries or a Movie" for Wild Iris. In 2004, she won her second Emmy as "Outstanding Guest Actress in a Comedy Series," for her recurring role as the final love interest of Frasier Crane in the television series Frasier. In 2008, she won an Emmy in the category "Outstanding Lead Actress in a Miniseries or a Movie" for her portrayal of Abigail Adams, wife of the second president of the United States, in the HBO miniseries John Adams. In October 1994, Linney guest-starred in an episode of Law & Order (episode "Blue Bamboo") as Martha Bowen. She played a blonde American singer who successfully claimed "battered woman syndrome" as a defense to the murder of a Japanese businessman.Linney returned to series television as actress and executive producer in Showtime's half-hour series about cancer, The Big C, which debuted in mid-2010. She starred as a suburban wife and mother who explores the emotional ups and downs of suffering cancer, and the changes it brings to her life and her sense of who she is. She won a Golden Globe award for her performance in January 2011. In 2009, she has served as host of the PBS television series Masterpiece Classic.

Linney's extensive stage credits on Broadway and elsewhere include Hedda Gabler, for which she won the 1994 Joe A. Callaway Award, and Holiday in December 1995 through January 1996 (based on the 1938 movie starring Katharine Hepburn). She received a Best Actress Tony Award nomination for her role in the Broadway production of The Crucible in March 2002 through June 2002. She was nominated again in 2005 for Sight Unseen, in which she appeared on Broadway in May 2004 through July 2004. Linney also appeared on Sandra Boynton's children's CD, Philadelphia Chickens, on which she sings "Please Can I Keep It?", and played La Marquise de Merteuil in a revival of Christopher Hampton's play Les Liaisons Dangereuses. Linney had a three-month run on Broadway in the Manhattan Theatre Club production of Time Stands Still by Donald Margulies, from January 28, 2010, through March 27, 2010. She was nominated for a 2010 Tony award for Best Leading Actress in a Play. The play returned to Broadway with most of the original cast in September 2010 and closed on January 30, 2011.

Linney married David Adkins in 1995; they divorced in 2000. In 2007, she became engaged to Marc Schauer, a real estate agent from Telluride, Colorado. On her wedding in May 2009, actor Liam Neeson walked her down the aisle. On January 8, 2014, Linney gave birth to a son, Bennett Armistead Schauer. Linney was a guest and presenter at the We Are One: The Obama Inaugural Celebration at the Lincoln Memorial on January 18, 2009. 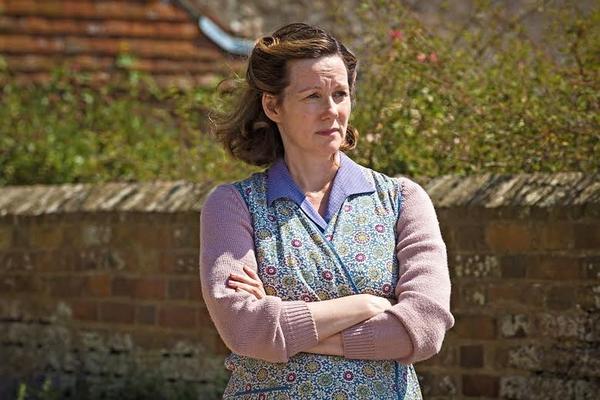 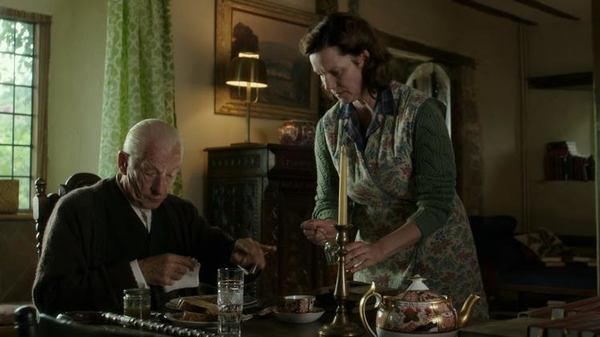