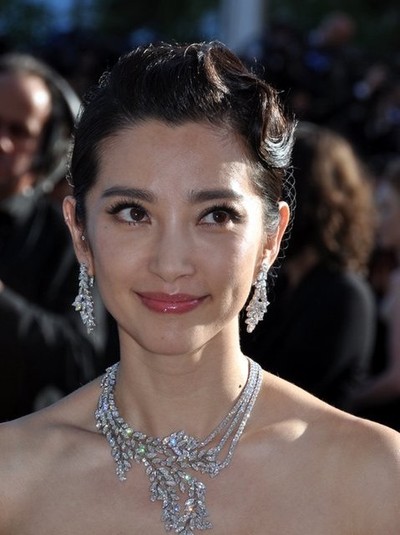 Li Bingbing (born 27 February 1973) is a Chinese actress and singer.

Li had no intention of becoming an actress initially and she enrolled specifically in a high school for prospective school teachers. However, upon graduation, she discovered her interest in acting and was eventually persuaded by a friend to join the Shanghai Drama Institute in 1993.

Her film debut was Zhang Yuan's Seventeen Years (1999), which won her the "Best Actress" Award in the 1999 Singapore Film Festival. In 2001, Li starred in the television series Young Justice Bao, which propelled her to become one of the most famous actresses in China. That year she was awarded the title of one of the "Top Ten Best TV actors/actresses in China". From then on, Li was approbated as an "action actress" as she starred in a number of wuxia television series, such as Taiji Prodigy and Eight Heroes.

In 2004, Li starred in the romantic comedy film Waiting Alone, which received three Chinese Academy Award nominations, including Best Picture and Best Actress. That same year, Li won the title of "The Most Popular Actress" at the 12th Beijing College Film Festival. She went on to star in Feng Xiaogang's A World Without Thieves, which earned her a nomination for "Best Supporting Actress" Award at the 2005 Golden Rooster Awards.

Li won the "Best Actress" Awards at the 2007 Huabiao Awards and at the 2008 Hundred Flowers Awards for her performance in The Knot; the film was also China's entry for the Best Foreign Film award at the 2008 Academy Awards. She also co-starred with Jet Li and Jackie Chan in the 2008 film The Forbidden Kingdom as the White-Haired Witch. In November 2009, Li won the Best Leading Actress Award at the 46th Golden Horse Film Awards for her role in the espionage spy thriller The Message.

On July 24, 2013, it was reported that Li has a godfather named Wang Lin, a Qigong practitioner, who was able to conjure up snakes from thin air, cure disease and retrieve an incinerated banknote intact from an orange. Wang Lin published his book "Chinese" by Hong Kong Ocean International Publishing.

Furthermore, the Beijing News reported that Li Xue, Li's agent responded that it was because Li went to visit Wang Lin to ask him to cure her mother of her disease. As for the effectiveness of the cure, the agent refused to disclose any more information.