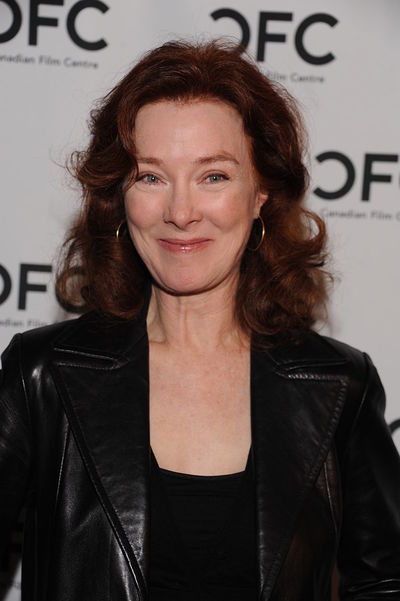 Valerie Mahaffey (born June 16, 1953) is an American character actress and producer. She won an Emmy Award for her work on Northern Exposure. She later won fame through her portrayal of extroverted and friendly but ultimately insane women on the television shows Wings, Desperate Housewives and Devious Maids.

Mahaffey was born in Indonesia and moved to Austin, Texas at the age of 16. Mahaffey graduated from Austin High School and attended the BFA in University of Texas at Austin in 1975 and later made her Broadway debut in musical Rex.

Mahaffey was regular cast member in the soap opera The Doctors from 1979 to 1981, which earned her a nomination for Daytime Emmy Award for Outstanding Supporting Actress in a Drama Series in 1980. She starred in the film Women of Valor in 1986 and while the characters are fictitious, it portrayed women's roles in the Philippines during World War II.

As of late 1980's, Mahaffey began acting in television comedies, like Newhart, Cheers, and Seinfeld. From 1992–93, she starred in the short-lived NBC sitcom The Powers That Be. She played Tracy Milford in the 1995 film National Lampoon's Senior Trip and Jan Kempster in the 1997 film Jungle 2 Jungle. In 1999, she had a recurring role on ER. In 2003, she starred in the film Seabiscuit. In 2009, she appeared in seven episodes United States of Tara. Her stage credits include Eastern Standard, Talking Heads, Top Girls, and Rex.

Mahaffey won Primetime Emmy Award for Outstanding Supporting Actress in a Drama Series for her performance as the chronic hypochondriac Eve in the CBS series Northern Exposure in 1992. Mahaffey was the only actor from the series to win an Emmy Award.

Mahaffey is married to Joseph Kell, with whom she has one child.