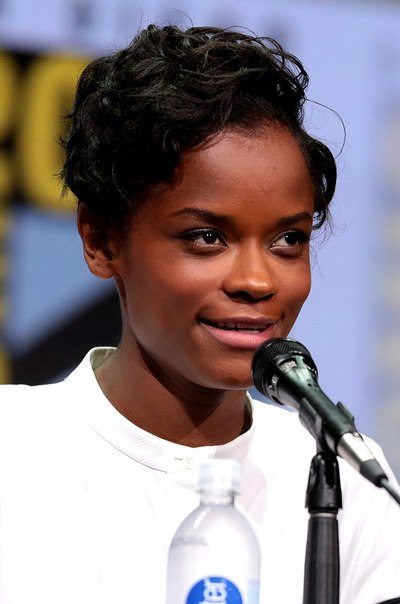 Letitia Michelle Wright (born 31 October 1993) is a Guyanese-born British actress. She is known for her breakout hit Urban Hymn (2016).

Wright was born in Georgetown, Guyana. Her family moved to London when she was seven years old.

Wright's interest in acting came when she saw Akeelah and the Bee and found the lead to be a positive role model. Determined to act, she sent emails to different agents about her acting experience until she was picked for small parts. She starred in My Brother the Devil where she was recognized by Screen International as one of its 2012 Stars of Tomorrow. Michael Caton-Jones cast her in Urban Hymn which garnered her attention. Wright was cast in the film adaptation of the novel Ready Player One as Reb and was immediately added to Black Panther as part of the Marvel Cinematic Universe.