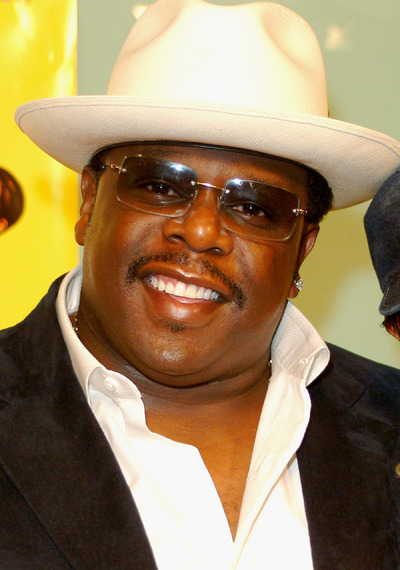 Cedric Antonio Kyles (born April 24, 1964), known professionally by his stage name Cedric the Entertainer, is an American actor, comedian and director. He is perhaps best known as the co-star of the WB sitcom The Steve Harvey Show, as Eddie in the Barbershop films, and as one of the four comedians featured in the Spike Lee film The Original Kings of Comedy. He currently has the lead role in the sitcom The Soul Man on TV Land. He will become the future host of Who Wants to Be a Millionaire, replacing Meredith Viera in the 2013-2014 season.

Cedric was born in Jefferson City, Missouri, and is the son of Rosetta (née Boyce), a school teacher, and Kitrell Kyles, an employee of a railroad company. His only sibling is his younger sister Sharita Kyles Wilson, an adjunct communications instructor at the University of Memphis in Memphis. He was raised in Caruthersville, Missouri, but after junior high school he moved to Berkeley, Missouri. Cedric is a graduate of Berkeley High School in the northern suburbs of St. Louis. He continues his involvement with his high school by awarding a scholarship each year to a graduating senior through his Cedric the Entertainer Charitable Foundation Inc. The foundation's motto is, "Reaching Out...Giving Back." Cedric majored in Mass Communication at Southeast Missouri State University and worked as a State Farm insurance claims adjuster, and substitute High School teacher before becoming a full-time comedian. He is also a member of Kappa Alpha Psi.

He made his first TV appearance on It's Showtime at the Apollo. Soon after, he appeared on HBO's Def Comedy Jam and BET's ComicView, which he would later host for the 1993–94 season. Cedric was one of the Grand Prize Winners of the Miller Lite Comedy Search along with his fellow comedian, Bernie Mac. In 1994, Cedric also won the Richard Pryor Comic of the Year Award from BET.

He is married to Lorna Wells. He has two children with Lorna, Croix and Lucky Rose. Two children Tinky Flonz and an older daughter, Tiara, from a previous relationship.