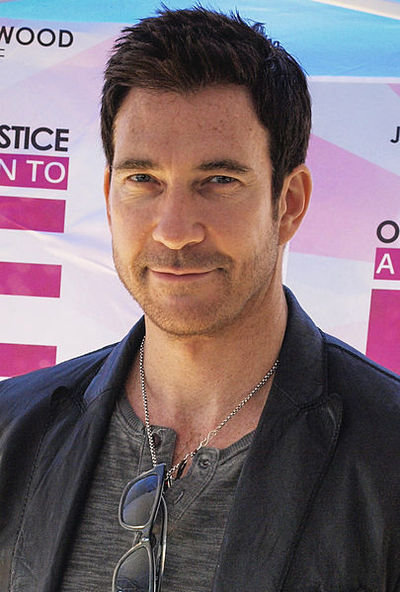 He also starred as Lt. Carter Shaw on the TNT series Dark Blue, and FBI Special Agent Duncan Carlisle in the CBS drama series Hostages. McDermott also played the supporting role of David Lind in the 2003 film Wonderland. Lind was a member of the Wonderland Gang; a group of drug dealers involved in the Los Angeles cocaine trade.

McDermott was born in Waterbury, Connecticut, the son of Diane and Richard McDermott. He is of Italian (from his maternal grandfather), Irish, English, and French descent. Diane was 15 and Richard was 17 when McDermott was born; by 1967, the couple had divorced, and Diane and her two children were living with her mother, Avis (Rogers) Marino. On February 9, 1967, Diane was killed. Her death was originally ruled an accident, but police later claimed that evidence they had found would be enough to file murder charges against John Sponza, who had been living with Diane at the time. Sponza told authorities that Diane accidentally shot herself after picking up a gun he had been cleaning. Sponza, who police say had ties to organized crime, was killed in 1972; his body was found in the trunk of a car in a Waltham, Massachusetts grocery store parking lot.

McDermott and his sister were raised by Avis in Waterbury. As a teenager, he began taking trips to visit his father, who owned the West Fourth Street Saloon in Greenwich Village. The two would go to the movies and the younger McDermott would work in his father's bar serving drinks and breaking up fights. He would also fast talk his way into the Mudd Club and Studio 54. McDermott was uncomfortable with himself as a teenager, saying he had a "Dorothy Hamill hairdo". He began to imitate his acting heroes, such as Marlon Brando and Humphrey Bogart, to adopt their demeanor. McDermott graduated from Holy Cross High School, Waterbury.

McDermott's father's third wife was playwright Eve Ensler (author of The Vagina Monologues), who legally adopted McDermott when he was 15 and she was 23; she has since divorced his father. Ensler, with whom he has remained close, encouraged McDermott to pursue an acting career and began writing roles for him into her plays. After Ensler suffered a miscarriage, he took on the name Dylan — the name planned for her unborn child. He attended acting school at the Jesuit-run Fordham University, as well as studying under Sanford Meisner at the Neighborhood Playhouse.

McDermott starred as Chris in the 1989 film Twister about a man who tried to rescue his girlfriend and daughter from a tornado storm. The same year brought Neon Empire, a movie about the rise and fall of one man in Las Vegas. However, his first big break as an actor was in the hit film In the Line of Fire. Through his connection with Clint Eastwood, McDermott was able to land his first major gig in The Practice. The show expanded McDermott's stardom, and he made People's list of the "50 Most Beautiful People In The World 1998" with the magazine calling him a "a prime-time heartthrob". He got this distinction again in 2000. Despite his success on The Practice, McDermott was cut from the show. Executive producer David E. Kelley cited "economic and creative realities" as a result of pressure from ABC to reduce costs. McDermott did appear in the final two episodes of the final season.

McDermott has a younger sister, Robin. He married actress Shiva Afshar Rose on November 19, 1995. They have two daughters Collette and Charlotte. The elder daughter's birth is prominently featured in Ensler's Vagina Monologues. On September 27, 2007, People confirmed that McDermott and Rose had separated. On May 16, 2008, CelebTV.com reported that McDermott had filed for divorce from Rose. The divorce was finalized on December 2, 2008.

McDermott is a recovering alcoholic who has been sober for over 20 years.