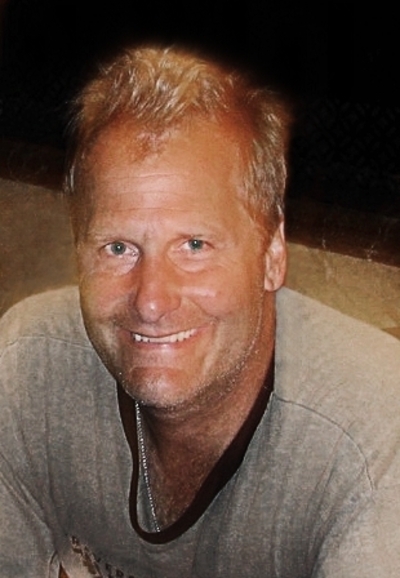 Jeffry Warren "Jeff" Daniels (born February 19, 1955) is an Emmy Award-winning American actor, musician, and playwright. He founded a nonprofit theater company, the Purple Rose Theatre Company, in his home state of Michigan. He has performed in a number of stage productions, both on and off Broadway, and has been nominated for the Tony Award as Best Actor for the Broadway play God of Carnage (2009), along with his other three castmates.

His film debut was in 1981's Ragtime, and his most recent film is Looper in 2012. For his work, he has received four Golden Globe Award nominations, including as Best Performance by an Actor in a Motion Picture—Comedy/Musical for Woody Allen’s The Purple Rose of Cairo (1985) (hence the name of his theater company). He has also received nominations by the Screen Actors Guild, Satellite Awards, and several others for his work in The Squid and the Whale (London Critics Circle Awards, Independent Spirit Awards, Chlotrudis Awards and Gotham Awards). He played Debra Winger’s husband in the 1983 Oscar-winning film Terms of Endearment. Currently, he stars as Will McAvoy in Aaron Sorkin's HBO television series The Newsroom, for which he won the Emmy Award for Outstanding Lead Actor in a Drama Series in 2013.

Daniels was born in Athens, Georgia, the son of Marjorie J. (née Ferguson) and Robert Lee “Bob” Daniels. He lived in Georgia for six weeks, and grew up in Chelsea, Michigan; his father owned a lumber yard in Chelsea, until his death in 2012, and had once served as the city’s mayor. Daniels was raised Methodist. He attended Central Michigan University and participated in the school’s theater program. In the summer of 1976, Daniels attended the Eastern Michigan University drama school to participate in a special Bicentennial Repertory program, where he performed in Hot L Baltimore and three other plays performed in repertoire.Marshall W. Mason was the guest director at EMU and he invited Jeff to come to New York to work at the Circle Repertory Theatre, where he performed in Fifth of July by Lanford Wilson in the 1977–78 season. He also performed in New Mexico in The Shortchanged Review (1979) at Second Stage Theatre. It was the first show of the inaugural season for Second Stage Theatre.

Daniels has starred in a number of New York productions, on and off Broadway. On Broadway, he has appeared in Lanford Wilson's Redwood Curtain, A. R. Gurney’s The Golden Age and Wilson’s Fifth of July, for which he won a Drama Desk Award for Best Supporting Actor. Off-Broadway, he received a Drama Desk nomination for Wilson’s Lemon Sky, and an Obie Award for his performance in the Circle Repertory Company production of Johnny Got His Gun. He returned to the stage in 2009, appearing in Broadway’s God of Carnage with Marcia Gay Harden, Hope Davis, and James Gandolfini.

Daniels made his screen debut in Miloš Forman’s Ragtime in 1981. His next film, the Oscar-winning Terms of Endearment in which he played Debra Winger’s husband was his breakthrough. Daniels then garnered a Golden Globe nomination as the star of Purple Rose of Cairo directed by Woody Allen.

Daniels earned his second Golden Globe nomination for starring in Jonathan Demme’s dramedy Something Wild as an unassuming businessman swept up into a wild night by a mysterious woman (Melanie Griffith).

In 1994 Daniels would have one of his most successful films commercially, starring in the Farrelly Brothers’ hit Dumb and Dumber alongside Jim Carrey. It was a noted departure for Daniels, owing to his status as a dramatic heavyweight.

Daniels has been married to his high school sweetheart, Kathleen Rosemary Treado since 1979. They married on Friday the 13th because he wore the number 13 on his baseball uniform.