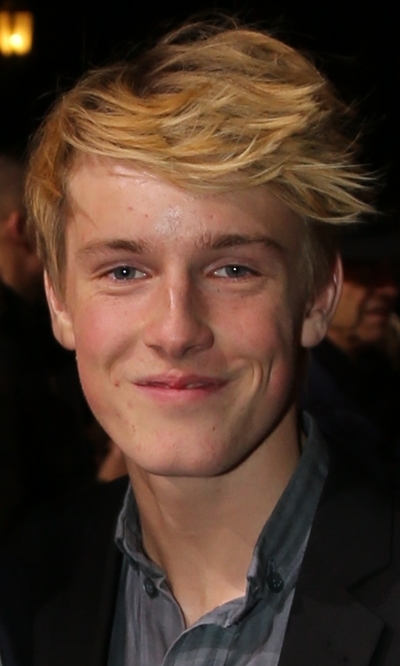 Louis Hofmann (born 3 June 1997) is a German actor who first gained attention as the lead in the 2011 German film Tom Sawyer and won the Bodil Award for Best Supporting Actor for his role as a teenage German POW in the 2015 Danish film Land of Mine.

Hofmann was born in Mönchengladbach, he lives with his parents and his older brother. First experience in front of the camera, he gained in Servicezeit, a radio program, of the WDR. There, he tested as Ausflieger in the transmitting section family leisure activities. After two and a half years in the service time, he had the desire to become an actor and is represented by Agentur Schwarz.

In 2009 Hofmann was involved in the filming of the series Danni Lowinski, played the son of Edgar Selge in Der verlorene Vater and of Heino Ferch in Tod in Istanbul.

In 2010 he played for roles in Wilsberg and Alarm für Cobra 11 – Die Autobahnpolizei and the title character in Tom Sawyer. Together with Leon Seidel, who played the role of Huck Finn, he was also involved going on the soundtrack of the film as a singer of songs barefoot.

The filming of The Adventures of Huck Finn in the summer of 2011 was the third collaboration with the director Hermine Huntgeburth. The film adaptation of the classic Mark Twain launched on 20 December 2012 in the German cinemas. From 24 October 2013 Hofmann will appear in the comedy Der fast perfekte Mann

In 2012 Hofmann plays a starring role in an episode of the television series Stolberg.