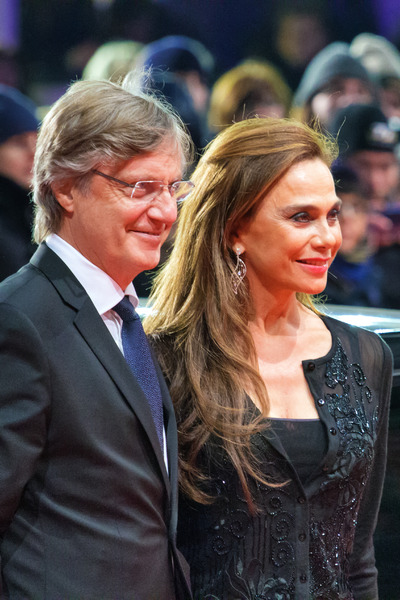 Lena Maria Jonna Olin (born 22 March 1955) is a Swedish actress. She has been nominated for several acting awards, including a Golden Globe for 1988's The Unbearable Lightness of Being and an Academy Award for Enemies, a Love Story in 1989. Other well-known films in which Olin has appeared include Chocolat (directed by her husband Lasse Hallström), Queen of the Damned, Casanova and The Reader. Olin was also a main cast member in the second season (and a recurring guest star in later seasons) of the TV series Alias.

Olin was born the youngest of three children, in Stockholm, Sweden. She is the daughter of actress Britta Holmberg and the director Stig Olin. She studied acting at Sweden's National Academy of Dramatic Art.

She was crowned Miss Scandinavia 1975 in Helsinki, Finland in October 1974.

Olin worked both as a substitute teacher and as a hospital nurse before becoming an actress. Olin performed for over a decade with Sweden's Royal Dramatic Theatre-ensemble (1980–1994) in classic plays by Shakespeare and Strindberg, and appeared in smaller roles of several Swedish films directed by Bergman and in productions of Swedish Television's TV-Theatre Company.

Olin's international debut in a lead role on film was in Bergman's After the Rehearsal (1984). In 1988, Olin starred with Daniel Day-Lewis in her first major part in an English speaking and internationally produced film, The Unbearable Lightness of Being, followed by Sydney Pollack's Havana (1990), Roman Polanski's The Ninth Gate (1999) and many others.

In 1989, she earned an Academy Award nomination for Best Supporting Actress for her work in Enemies: A Love Story, in which she portrayed the survivor of a German Nazi camp.

In 1986 she gave birth to her first child, son Auguste Rahmberg. His father is Swedish actor Örjan Ramberg, with whom she had acted opposite on stage in many productions. The relationship ended in the late 1980s. In 1994, she married film director Lasse Hallström (whom she met in Sweden in 1992). They married in Hedvig Eleonora Church in Stockholm. In 1995 they had a daughter, Tora.

Olin lives in New York with her husband and children.