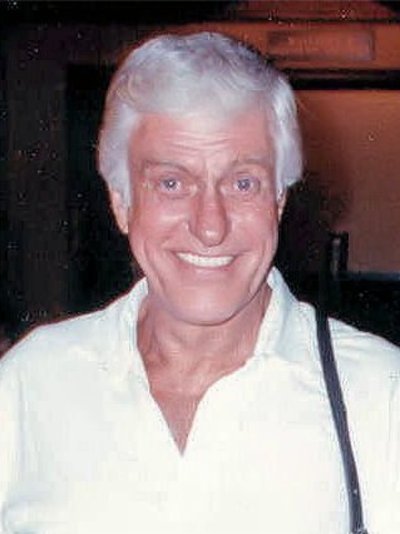 Richard Wayne "Dick" Van Dyke (born December 13, 1925) is an American actor, comedian, writer, singer,dancer, and producer with a career spanning seven decades. He is the older brother of Jerry Van Dyke and father of Barry Van Dyke. Van Dyke starred in the films Bye Bye Birdie, Mary Poppins and Chitty Chitty Bang Bang and in the TV series The Dick Van Dyke Show and Diagnosis: Murder. He has a star on the Hollywood Walk of Fame at 7021 Hollywood Boulevard. Van Dyke received The Life Achievement Award at the annual Screen Actors Guild Awards ceremony on January 27, 2013.

Van Dyke was born in West Plains, Missouri, to Loren (nickname "Cookie") and Hazel (née McCord) Van Dyke, but he grew up in Danville, Illinois. He is the older brother of actor Jerry Van Dyke, who is best known for his role on the TV series Coach. His grandson, Shane Van Dyke, is also an actor and directed Titanic II. He is of Dutch descent on his father's side; his mother was a descendant of Mayflower passenger Peter Browne from England.

During World War II, he enlisted in the United States Army Air Corps where he became a radio announcer, later transferring to the Special Services entertaining troops in the Continental United States. In 1948, while Van Dyke was appearing at the Chapman Park Hotel on Wilshire Boulevard in Los Angeles, he and the former Margerie Willett were married on the radio show Bride and Groom. They had four children: Christian (Chris), Barry, Carrie Beth, and Stacy. They divorced in 1984 after a long separation. He lived with longtime companion Michelle Triola for more than 30 years, until her death in 2009. Van Dyke's son Barry Van Dyke and grandsons Shane Van Dyke and Carey Van Dyke are also actors; both of these last two, along with other Van Dyke relations and grandchildren, appeared in various episodes of the long-running series Diagnosis: Murder. Although Stacey Van Dyke was not famous in show business, she did make an appearance in a Christmas episode "Murder in the Family" of Diagnosis: Murder (Season 4, Episode 12) as Carol Sloan Hilton, the estranged daughter of Doctor Mark Sloan. "All of Van Dyke's children are married and he has seven grandchildren. His son, Chris, was district attorney for Marion County, Oregon in the 1980s. In 1987, his granddaughter Jessica Van Dyke died from Reye's syndrome, which drove him to do a series of television commercials to raise public awareness of the danger of aspirin to children. In 2010, he said he had once been rescued from drifting out to sea and possible death by a pod of dolphins.

During the late 1940s, Van Dyke was a radio DJ in Danville, Illinois. In 1947, Van Dyke was persuaded by Phil Erickson to form a comedy duo with him called "Eric and Van—the Merry Mutes." The team toured the West Coast nightclub circuit, performing a mime act and lip synching to old 78 records. They brought their act to Atlanta, Georgia, in the early 1950s and performed a local television show featuring original skits and music called "The Merry Mutes"

Dick Van Dyke's start in television was with WDSU-TV New Orleans Channel 6 (NBC), first as a single comedian and later as emcee of a comedy program. Van Dyke's first network TV appearance was with Dennis James on James' Chance of a Lifetime in 1954. He later appeared on The Phil Silvers Show in the 1957–1958 season. He also appeared early in his career on ABC's The Pat Boone Chevy Showroom and NBC's The Polly Bergen Show. During this time a friend from the Army was working as an executive for CBS television and recommended Van Dyke to that network. Out of this came a seven-year contract with the network. During an interview on NPR's Wait Wait... Don't Tell Me! program, Van Dyke said he was the anchorman for the CBS morning show during this period with Walter Cronkite as his newsman.

Van Dyke began his film career by playing the role of Albert J. Peterson in the film version of Bye Bye Birdie (1963). Despite his unhappiness with the adaptation—its focus differed from the stage version— the film was a success. That same year, Van Dyke was cast in two roles: as the chimney sweep Bert, and as Mr. Dawes Senior, the chairman of the bank in Walt Disney's Mary Poppins (1964).