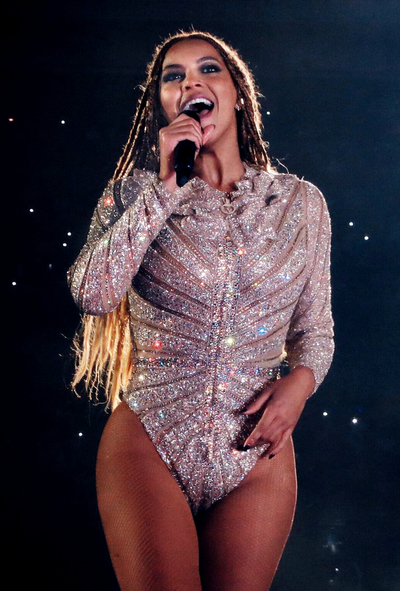 Beyoncé Giselle Knowles-Carter, known simply as Beyoncé (pron.:  bee-yon-say; born September 4, 1981), is an American singer, songwriter, dancer, and actress. Born and raised in Houston, Texas and performing in singing and dancing competitions as a child, she began her music career as a member of Girl's Tyme, which in 1993 was recast as Destiny's Child. Managed by her father Mathew Knowles, the group became one of the world's best-selling girl groups of all time. Their hiatus saw the release of Knowles' debut album Dangerously in Love(2003), which established the singer as a viable solo artist worldwide, selling 11 million copies, earned fiveGrammy Awards and featured the Billboard number one singles "Crazy In Love" and "Baby Boy".

Following the disbandment of Destiny's Child in 2005, she released her second solo album B'Day (2006), which contained hits "Irreplaceable" and "Beautiful Liar". Knowles also ventured into acting, with a Golden Globe nominated performance in Dreamgirls (2006), and a starring role in The Pink Panther (2006) and Obsessed (2009). Her marriage to rapper Jay-Z and portrayal of Etta James in Cadillac Records (2008) influenced her third album I Am... Sasha Fierce (2008), which saw the birth of her alter-ego Sasha Fierce and earned her a record-setting six Grammy Awards in 2010, including Song of the Year for "Single Ladies (Put a Ring on It)". Knowles took a hiatus from music in 2010, managing her own music career and expanding her musical repertoire into exploring 1970s R&B, rock and roll and African and funk styles: her fourth album 4 deviated towards a more traditional R&Bsound. In January 2012, Knowles gave birth to a daughter, Blue Ivy Carter, returning to music in 2013.

A self-described "modern day feminist", Knowles' songs are often characterized by themes of love, relationships and monogamy, as well as female sexuality and empowerment. On stage, she has attracted comparisons to entertainers Tina Turner, Prince and Michael Jackson for her dynamic, highly choreographed performances. Throughout a career spanning 15 years, she has won 17 Grammy Awards, and has sold over 13 million albums in the US and 118 million records worldwide (as well as a further 50 million records with Destiny's Child), making her one of the best-selling music artists of all time. The Recording Industry Association of America recognized Knowles as the Top Certified Artist of the 2000s. In 2009, Billboard named her the Top Radio Songs Artist of the Decade and ranked her the Top Female Artist and the fourth Artist of the Decade. In 2013, she was also included in Time magazine's list of the 100 most influential people in the world.