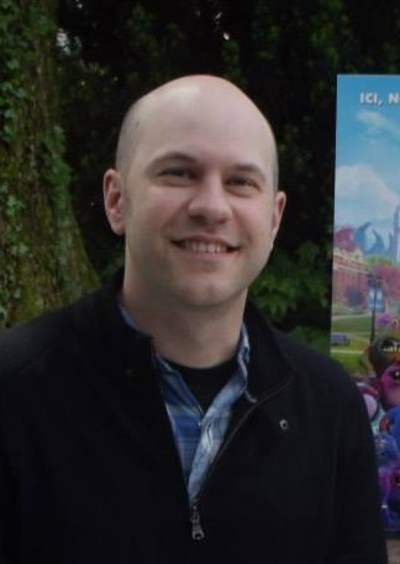 Dan Scanlon (born June 21, 1976) is an American animator, storyboard artist and director, working for Pixar. He directed Monsters University and Onward at Pixar.

Scanlon was born in Royal Oak, Michigan Michigan. When he was 1 year old and his brother 3 years old, his father died. When they were teenagers, a relative gave them a brief audio recording of their father, which Scanlon says helped inspire the story of Onward. He graduated with a BFA from the Columbus College of Art and Design in 1998.

Scanlon was an animator for The Indescribable Nth and Joseph: King of Dreams. He served as a storyboard artist for The Little Mermaid II: Return to the Sea and 101 Dalmatians II: Patch's London Adventure.

Scanlon joined Pixar in 2001, where he was a story artist for Cars and Toy Story 3. He co-directed the short film Mater and the Ghostlight. He illustrated part one of Unmentionables, a comic book written by his wife, Michele Scanlon, and wrote and directed the live-action feature film Tracy. Tracy was Scanlon's first feature film as a writer/director. He also served as a member of the senior creative team on Brave and Inside Out.

Scanlon directed the prequel film Monsters University, released in 2013, to positive reviews and commercial success. He was announced to be directing an untitled Suburban World of Fantasy film at Pixar, which is inspired by his father's death. In December 2018, the film's title was revealed as Onward and is set to the star the voices of Tom Holland, Chris Pratt, Julia Louis-Dreyfus and Octavia Spencer.

Scanlon and his wife Michele live in San Francisco and work together on projects under the production company name Caveat Productions.