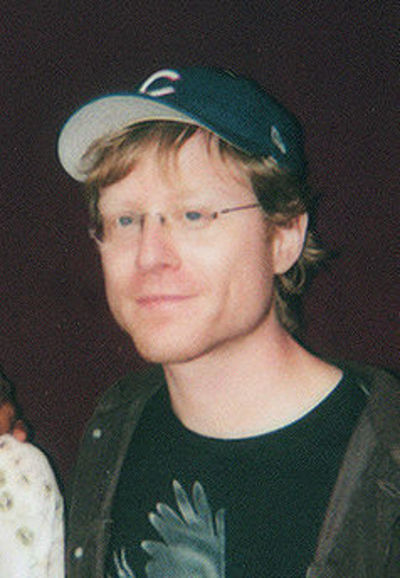 Rapp was born in Chicago, Illinois and raised in Joliet, the son of Mary Lee (née Baird; died 1997) and Douglas Rapp.

After his parents' divorce, he was raised by his mother, a trained nurse. Rapp attended high school at Joliet West High School and theatre camp at Interlochen Arts Camp. In junior high school, Rapp won numerous awards for his singing. His older brother is playwright, novelist, and filmmaker Adam Rapp. His mother died of cancer at age 55 in 1997.

Rapp first performed on Broadway in 1981 in the musical The Little Prince and the Aviator, a musical based on Antoine de Saint-Exupéry's novel The Little Prince. The show closed during previews. He also appeared in the 1987 film Adventures in Babysitting, which was directed by Chris Columbus. Columbus would later direct Rapp in the film version of Rent. He has appeared in several movies and Broadway shows. His notable roles includes such films as Dazed and Confused, A Beautiful Mind, School Ties, Road Trip, Six Degrees of Separation (stage and film versions), An American Family, Danny Roane: First Time Director and You're a Good Man, Charlie Brown.

Rapp went on to play the character of Mark Cohen in the off-Broadway and original Broadway casts of Jonathan Larson's musical Rent. For his audition, Rapp sang R.E.M.'s "Losing My Religion", and received his callback in September 1994. After being offered the role, Jonathan Larson wrote new songs for the production with Rapp's voice in mind. He reprised that role in the film adaptation, which was released on November 23, 2005.

In 2000, Rapp released a solo CD, entitled Look Around. He returned to Rent on July 30, 2007, for a six-week run, along with original cast member Adam Pascal. Rapp and Adam Pascal continued in their return to Broadway's Rent through October 7 at the Nederlander Theatre.

Rapp and Pascal, along with fellow original cast member Gwen Stewart, reprised their roles of Mark and Roger in a national tour of Rent beginning January 6, 2009.

Rapp played the role of Lucas in If/Then, which starred fellow Rent alum Idina Menzel. If/Then played the National Theatre in Washington, D.C., and began previews on Broadway on March 5, 2014, and opened on Broadway at the Richard Rodgers Theater on March 30, 2014. It closed on March 22, 2015. Rapp reprises the role in select performances of the 2015-2016 National Tour, along with Menzel and the rest of the main Broadway cast.

Rapp also appeared in the television episode Psych: The Musical, which premiered on USA Network on December 15, 2013.

In 2012, the periodical, Metro Weekly, referred to Rapp as "one of the first openly gay men on Broadway". During a 1997 interview with Oasis Magazine, the actor explained his sexual identity as "queer" rather than "gay": "I don't want to get into labels, but I've never labeled myself except to say I'm queer. The thing that's been most important to me to be out about is that I have been in loving relationships with men...I haven't said 'I am gay.' Because the truth is that I've also been in love with women, although the truth is I do think I'm primarily homosexual...".