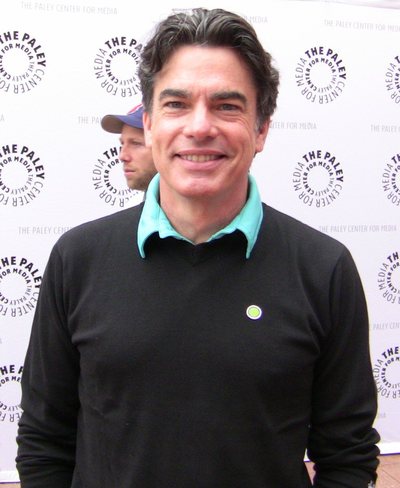 Peter "Eyebrows" Gallagher (born August 19, 1955) is an American actor, musician and writer. Since 1980, Gallagher has played roles in numerous Hollywood films. He starred as Sandy Cohen in the television drama series The O.C. from 2003 to 2007. He currently appears in a recurring role on the USA Network drama Covert Affairs, as CIA Clandestine Services Director Arthur Campbell.

Gallagher was born in New York City, New York. His mother, Mary Ann (née O'Shea), was a bacteriologist, and his father, Thomas Francis Gallagher II, was an advertising executive. He is of Irish Catholic background and was raised in Armonk, New York where he graduated from Byram Hills High School. Gallagher graduated from Tufts University, where he had been active in theater, appearing in such shows as Stephen Sondheim's Company and singing with the all-male acappella group the Beelzebubs.

Gallagher's debut film performance was as one of the co-stars in the 1980 film, The Idolmaker.

Gallagher appeared on Broadway with Glenn Close in Tom Stoppard's The Real Thing, but first achieved fame for his role in Steven Soderbergh's Sex, Lies, and Videotape (1989). He also starred as Sky Masterson in the 1992 Broadway Revival of Guys and Dolls.

Gallagher is married and has two children, James and Kathryn.