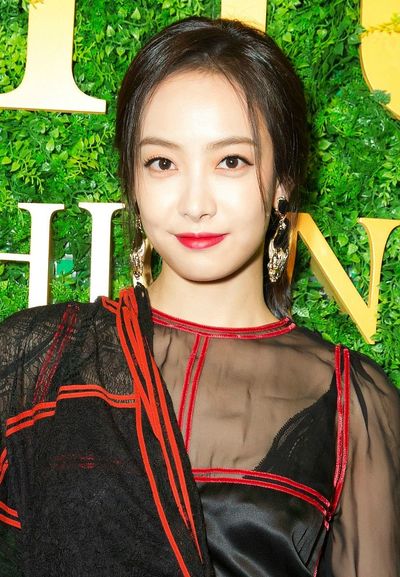 Song Qian (born February 2, 1987), better known as Victoria Song or mononymously as Victoria, is a Chinese singer, dancer, actress, and model. Over the years, Victoria has been active in various Korean and Chinese entertainment outlets.

Following her debut with the South Korean girl group f(x), Victoria gained fame as part of a virtual couple with Nichkhun in We Got Married Season 2, as well as being a cast member of KBS's Invincible Youth. She won the Popularity Award at the MBC Entertainment Awards. She also began to take up acting in China, playing lead roles in dramas such as When Love Walked In, Beautiful Secret, Ice Fantasy and My New Sassy Girl, and won the Best New Actress Award at the China National Drama Awards.

Victoria is very popular in China, with more than 20 million followers on Weibo, ranking fourth most followed K-pop celebrity as of April 2015. She was ranked No. 80 on The 2013 Independent Critics List of the 100 Most Beautiful Faces and first on Sohu's 2011 Entertainment World's 50 Most Beautiful People. In 2014, she won the "2014 Goddess of Asia" poll with 579,298 votes. She was also named one of the top ten most popular celebrities on Baidu, ranking at No. 7.

Song Qian was born in Qingdao, China. She left her hometown at a young age to study Chinese traditional dance at the Beijing Dance Academy. After her high school graduation, she was accepted to the Beijing Dance Academy and majored in Chinese ethnic dance. In September 2007, Victoria was scouted by an SM employee at a Beijing dance competition and later joined the company. She passed her audition for SM Entertainment and began preparing for her acting and modelling career in South Korea. She trained for two years at SM before her debut, from 2007 to 2009. Victoria's first media appearance was for a Spris commercial in early 2008 with South Korean singer-actor Lee Joon-gi. In April 2008, she modelled for Samsung Anycall in a music video with Korean actor-singer Rain. She had also filmed a tourism commercial "Hi, Seoul" with TVXQ and Super Junior. In May 2008, she appeared in Shinee's music video for the song Replay.

Song Qian debuted as the leader and main dancer of Kpop girl group f(x) under the stage name "Victoria" after training for two years. The group official debuted in September 5, 2009.

In June 2010, Victoria became a cast member for the first season of the variety show Invincible Youth in which she was a part of G7, consisting of 7 female idols from various groups. In the same year, it was also announced that she was to be a cast member on the reality show We Got Married and would pair up with Nichkhun of 2PM. The couple was collectively known as Khuntoria in the variety show. Nichkhun and Victoria both gained entertainment-wide popularity as a result of the show's success. At the end of the year, Victoria won the 'Popularity Award' at the MBC Entertainment Awards for her popularity in We Got Married.

In 2011, Victoria became an endorsement model for several brands, including Estee Lauder's lipstick, LG with f(x) and Girls' Generation, Smoothie King with Sulli, and Samsonite Red for Vogue Girl. On December 31st, 2011 Victoria and Nichkhun were chosen to host the 2011 MBC Gayo Daejun Festival. The following year, Victoria released a photo-essay book titled Victoria's Hong-Ma, which included her travel experiences in Hong Kong and Macao. The Chinese version of the book was subsequently released in 2013.

In January 2012, Victoria was cast to play the lead role in the Chinese-Taiwanese co-produced drama When Love Walked In, alongside label-mate Zhou Mi, and Calvin Chen of the group Fahrenheit. The drama reached the number one spot in viewership ratings. She won the "Best Newcomer Actress Award" at the China National Drama Awards for her acting performance.

In 2013, Victoria was invited by director Li Shao to play the lead role for Cocoon Town Romance, a drama based on the "Tarot Goddess Sleuths" series. Filming began in December 2013 and was set to be released in 2015. In June, Victoria appeared on Super Star China as a guest judge for one episode. She also became the MC for KBS's program Glitter alongside actress Kim So-eun.

In 2014, Victoria was chosen to host the Korean-Chinese variety show titled Strongest Group together with Zhou Mi. She was also featured in his solo album single, titled "Loving You". Victoria then starred in Zhang Li Yin's music videos "Agape" and "Not Alone" as the lead female character alongside former EXO member Tao.

Victoria starred in the movie My New Sassy Girl with Cha Tae Hyun, which will be released simultaneously in South Korea and China in 2016.[30] Later in the year, it was announced that Victoria was cast as one of the main roles in the Chinese remake film of My Best Friend's Wedding, which is set to be released on Valentine's Day in 2016. She participated in the filming of the movie in London, Italy and Beijing in July. On August 12th, Victoria was cast as the lead female role for her fourth drama and first costume drama, Hunan TV's Ice Fantasy, which is set to be released in the summer of 2016 as well.