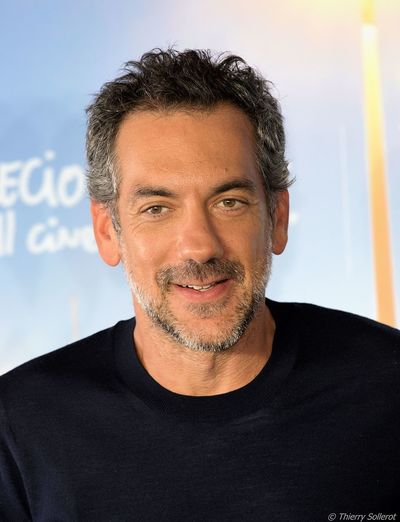 For his work on the satirical comedy film Borat (2006), Phillips was nominated for the Academy Award for Best Adapted Screenplay.

Phillips was born in Brooklyn, New York City, and raised in Huntington, New York, on Long Island. He attended New York University Film School, but dropped out in order to focus on completing his first film. Around that time, he worked at Kim's Video and Music.

Phillips appeared as one of the drivers in the first season of the HBO hidden camera docuseries Taxicab Confessions. In a New York Times profile, Phillips claimed to have gotten in trouble for shoplifting as a young man.

Phillip's first documentary film, Hated: GG Allin and the Murder Junkies, centered the life and death of controversial punk rocker GG Allin, while as a junior at NYU and it went on to become one of the highest grossing student films at the time, even getting a limited theatrical release. Next, he co-directed with then-partner Andrew Gurland for Frat House, a second documentary about college fraternities; it premiered at the 1998 Sundance Film Festival and won the Grand Jury Prize for documentary features. It was produced by HBO, but never aired on its channel because many of the film's participants claimed they were paid to re-enact their activities. It was never proven either way.

His third documentary film Bittersweet Motel centered on the jam band Phish, covering its summer and fall 1997 tours, plus footage from their 1998 spring tour of Europe. It ends at The Great Went, a two-day festival held in upstate Maine which attracted 70,000 people. While at Sundance with Frat House, Phillips met director-producer Ivan Reitman who led Phillips into writing and directing his comedy films, Road Trip and Old School, for Reitman's Montecito Picture Company.

Phillips also wrote and directed the 2004 film Starsky & Hutch starring Ben Stiller and Owen Wilson, as well as the 2006 film School for Scoundrels, starring Billy Bob Thornton and Jon Heder. In 2005, Details Magazine cited Judd Apatow, Adam McKay and Phillips as "The Frat Pack". He worked on the satirical comedy Borat (2006), but he resigned his position as a director in early 2005, due to creative differences. Nevertheless, he was nominated for an Academy Award for Best Adapted Screenplay for his role in fashioning the story.

After establishing Green Hat Films in 2008, Phillips directed and produced The Hangover, that was made for a reported $35 million and went on to become the highest-grossing R-rated comedy in 2009. Its worldwide gross currently stands at $480 million on February 3, 2012. The film went on to win the Golden Globe for Best Picture (Musical or Comedy). It also won Best Comedy at the 2009 Broadcast Film Critics Awards. Phillips took almost no up-front salary in exchange for a large share of the film's profits, and has said that the movie's enormous success, combined with his deal, makes it "my Star Wars". After a worldwide gross of $467 million, his share in the film made Phillips around $50 million.

In 2010, Phillips directed, produced and co-wrote the comedy Due Date, which starred Robert Downey, Jr. and Zach Galifianakis. It was a box office success, grossing $211,780,324 worldwide.

In the fall of 2010, production on The Hangover Part II began in Bangkok, Thailand that Phillips directed, produced and co-wrote. The film shot for 63 days and broke various records upon its release on May 26, 2011. With the film debuting at midnight with showings in 2,600 theaters, the film earned $10.4 million, breaking the record for the biggest midnight opening for an R-rated film. The Hangover Part II went on to accrue a launch day total of $31.6 million; nearly doubling The Hangover's Friday launch opening ($16.7 million). This amount broke two further records; the highest-grossing opening day for a live-action comedy and the highest-grossing opening day for an R-rated comedy film, replacing Sex and the City ($26.7 million). The three-day opening weekend accumulated $85,946,294 – an average of $23,923 per theater – becoming the highest grossing opening weekend for a comedy film, replacing The Simpsons Movie ($74 million). For the Memorial Day four-day weekend, the film amassed $103.4 million to become the fourth-highest-grossing Memorial Day weekend opening. Finally, the film's worldwide gross of $581,464,305 beat the previous R-rated comedy record holder The Hangover to become the third-biggest R-rated comedy film of all time.

He returned to direct, write, and produce The Hangover Part III, which was released in 2013. It grossed over $300 million, pushing The Hangover Trilogy's total box office gross to $1.4 billion.

In August 2017, it was reported that Phillips would direct, co-write and co-produce an origin story movie set during the 1980s for DC Comics's supervillain, The Joker. The script was co-written by Scott Silver. The film starred Joaquin Phoenix as the titular Joker. It premiered at the 76th Venice International Film Festival and is scheduled to be released in October 2019.

Phillips is scheduled to direct a biographical film about Hulk Hogan, starring Chris Hemsworth in the lead role. Frequent collabortator Scott Silver is a co-writer, alongside John Pollono. Philips is producing the film with Bradley Cooper, one of the protagonists of Phillips' The Hangover trilogy.

When asked in a 2014 interview by BBC if he believes in God, Phillips replied: "Personally I don't. But I believe there's a higher power, a collective energy in people that you might say is God." 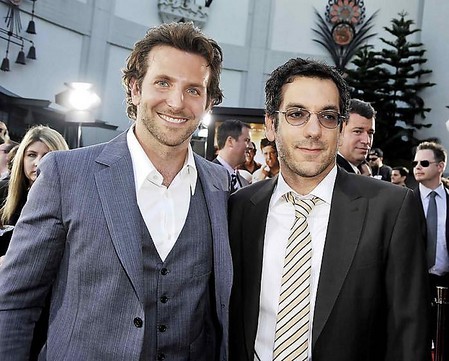