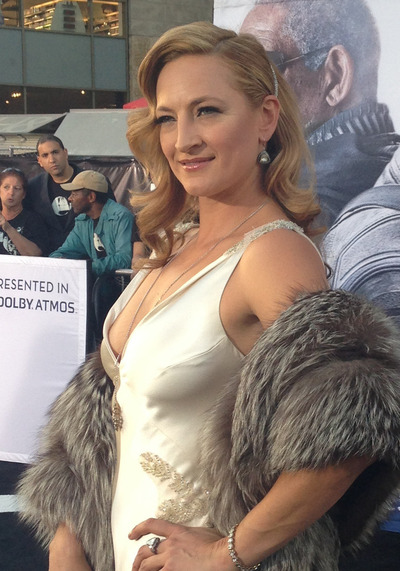 Zoë E. Bell (born 17 November 1978) is a New Zealand stuntwoman and actress. Some of her most notable stunt work includes doubling for Lucy Lawless on Xena: Warrior Princess and for Uma Thurman in Kill Bill. As an actress, she has appeared both on television and in feature films and also starred in the web series Angel of Death. She is probably most recognized for playing herself in the Quentin Tarantino film, Death Proof.

Bell was born in Waiheke Island, New Zealand, to Tish, a nurse, and Andrew Bell, a doctor. She has a younger brother named Jake. She grew up on Waiheke Island in Auckland. At a young age, she participated in competitive gymnastics and at the age of 15, she began studying Taekwon-Do. She also participated in dance, high diving, scuba, and track and field activities. Bell attended Auckland Girls' Grammar School and Selwyn College.

Bell began her career in 1992 when her father treated a stuntman for a head injury and came home with a phone number for her to call. Her first stunt job was jumping out of a car in Shortland Street, a New Zealand soap opera.

She did stunts for Hercules: The Legendary Journeys and Xena: Warrior Princess, both of which were filmed in New Zealand; by the fourth season of Xena, she was the stunt double for Lucy Lawless. She fractured vertebrae in her back doing wire work stunts on the show, but continued working for a week until another stunt, in which a breakaway chair was smashed on her back, incapacitated her.

She then went on to double for Uma Thurman in Quentin Tarantino's Kill Bill. Though she was initially hired as Thurman's "crash and smash" double, the stunt team realized Bell would also make an ideal double for fight scenes and she was trained accordingly. Bell had to learn to fight in the wushu style.

Tarantino was so impressed with her that he cast her in a leading role in his next film, Death Proof, in which she played herself and performed her own stunts, the most notable of which occurs when she hangs onto the hood of a speeding 1970 Dodge Challenger.