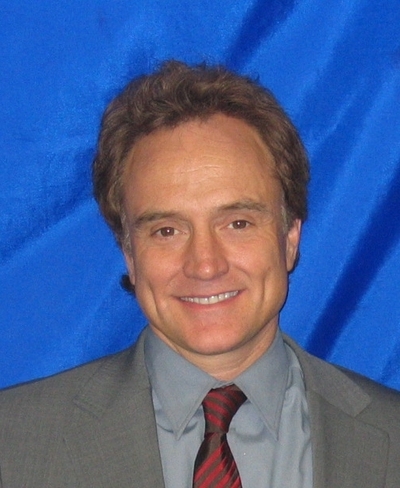 Bradley Whitford (born October 10, 1959) is an American film and television actor. He has played White House Deputy Chief of Staff Josh Lyman on the NBC television drama The West Wing, Danny Tripp on Studio 60 on the Sunset Strip, Dan Stark in the Fox police buddy-comedy The Good Guys, Timothy Carter, a character who was believed to be Red John in the CBS series The Mentalist, and antagonist Eric Gordon in the film Billy Madison.

He was an occasional columnist for The Huffington Post, up until November 2009.

Whitford was born in Madison, Wisconsin, the son of Genevieve Louie (née Smith) and George Van Norman Whitford. He graduated from Madison East High School in 1977. He majored in English and Theater at Wesleyan University (B.A. 1981), where his roommate was the younger brother of future castmate Richard Schiff. Whitford then attended the Juilliard School's Drama Division as a member of Group 14 (1981–1985), which also included actor Thomas Gibson.

Whitford first appeared on television in 1985 in an episode of The Equalizer. His film debut was in the 1986 film Doorman. He made his Broadway theatre debut in 1990 playing Lt. Jack Ross (followed a few months later in the lead role of Lt. Daniel Kaffee), in the Aaron Sorkin written play A Few Good Men. This was the beginning of a recurring working relationship between Whitford and Sorkin. Whitford also made a guest appearance on ER in the Emmy award-winning March 1995 episode "Love's Labor Lost".

Whitford joined the cast of Sorkin's The West Wing as Josh Lyman with the show's premiere in 1999. For his role, he won an Emmy Award in 2001 for Best Supporting Actor in a Drama Series. Whitford also wrote two episodes of the series ("Faith Based Initiative" in the sixth season and "Internal Displacement" in the seventh). After The West Wing ended in May 2006, Whitford appeared in Aaron Sorkin's later series Studio 60 on the Sunset Strip playing the role of Danny Tripp. He appeared in the British drama Burn Up on the BBC in July 2008.

Whitford was married to fellow Wisconsin native, actress Jane Kaczmarek, best known for her role as Lois on Malcolm in the Middle. They lived in San Marino, California with their three children, Frances Genevieve (b. October 31, 1997), George Edward (b. December 23, 1999) and Mary Louisa (b. November 25, 2002). In 2007 the family appeared in magazine advertisements for the 2008 Chrysler Town and Country van. On June 19, 2009, the couple announced that they were filing for divorce after 16 years of marriage. One of the last times they were seen together publicly was in September 2008, at the opening of a Los Angeles production of The House of Blue Leaves, in which Kaczmarek was starring.