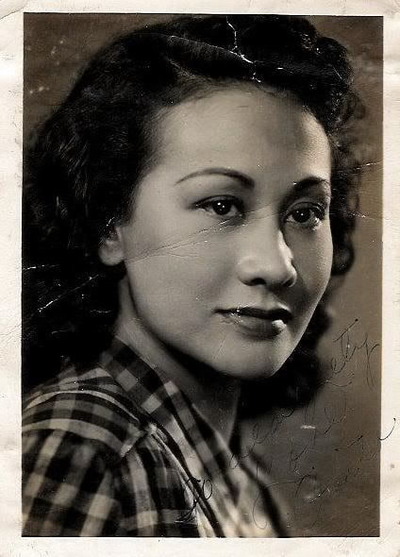 Anita Linda (born Alice Lake; born November 23, 1924) is a two-time FAMAS award-winning and Gawad Urian award-winning Filipino film actress. A romantic lead in her youth, she later gained critical acclaim for her portrayals in maternal or elderly roles. At the age of 74, she became the oldest actress to ever win a FAMAS award, when she was named Best Supporting Actress for Ang Babae sa Bubungang Lata. In 2008, at age 83, she was named Best Actress in the 10th Cinemanila International Film Festival (Southeast Asia Film Competition) for her portrayal of the titular character in Adela.

Linda was born in Pasay City, the daughter of a full-blooded American soldier/mining engineer father and Ilonggo mother.

Linda was discovered by renowned director Lamberto Avellana while watching a stage show at the Avenue Theater starring Leopoldo Salcedo, Lopito, among others. Then a Visayan teenager that couldn't speak Tagalog, she had second thoughts when she was asked backstage if she wanted to become an actress. Avellana then told her to report for rehearsals for the next show and later had her fetched when she didn’t appear.

Linda first did High School with no dialogue, then Biyernes sa Quiapo with Jaime dela Rosa as her leading man, then Aksesorya with Leopoldo Salcedo onstage. Avellana later gave her the screen name Anita Linda and cast her in Tia Juana, her first film at LVN Pictures. The film was completed shortly before the Japanese invasion of the Philippines, but released only in 1943. With the film studios being shut down for the duration of the war, Linda spent the war years performing on bodabil at Avenue Theater in Manila. After the war in 1947, she was later offered a contract by Premiere Productions where she was cast by Avellana in Sekretang Hong Kong with Pugo and Togo. Her first lead role in Alyas Sakim with Pol Salcedo in 1947 directed by Moises Cagin.

In 1951, Linda portrayed the titular character in Gerardo de Leon's Sisa, a film based on the tragic character in Jose Rizal's novel Noli Me Tangere. The role garnered her the Best Actress Maria Clara award (a pre-cursor of the FAMAS). De Leon then cast Linda in Sawa sa Lumang Simboryo (1952), a role for which Linda would be nominated for a FAMAS Best Actress Award.

In January 2009, Linda was unhurt in a mugging incident that occurred while she was aboard a taxicab. In October 1950, Linda's sister Mamey was murdered in a robbery attempt at the home they had shared; Linda herself was unharmed after she and her nieces had locked themselves in a bedroom to evade the burglars.