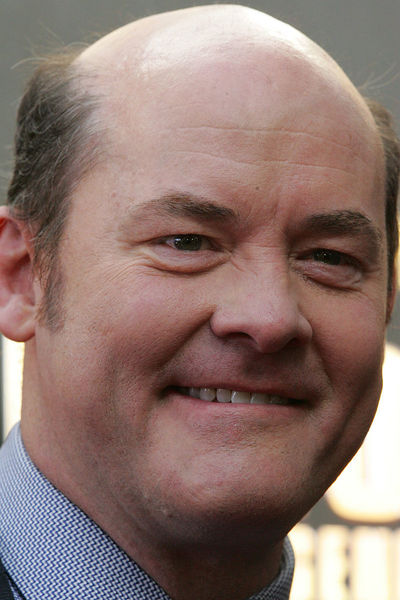 David Michael Koechner (born August 24, 1962) is an American character actor and comedian best known for playing roles such as Champ Kind in the Anchorman films and Todd Packer on NBC's The Office.

Koechner first became involved in performing when he began studying improvisational comedy in Chicago at ImprovOlympic, under the teachings of Del Close, before joining the Second City Northwest. After yearlong stints of doing sketch comedy on Saturday Night Live and Late Night with Conan O'Brien in the mid 1990s, Koechner began appearing with small roles in the films such as Wag the Dog, Austin Powers: The Spy Who Shagged Me, and Man on the Moon.

While filming the country mockumentary film Dill Scallion in 1998, Koechner befriended actor/comedian Dave 'Gruber' Allen, and eventually began performing as the comedy duo, The Naked Trucker & T-Bones Show, a live musical comedy act. The act became a hit at Hollywood clubs such as Largo, and Allen and Koechner were invited to open for Tenacious D. In 2007, Koechner and Allen created and starred together in a Naked Trucker & T-Bones Show sketch comedy series that ran for one season on Comedy Central. After his breakout role as Champ Kind in the 2004 comedy Anchorman, Koechner began appearing frequently with larger supporting roles in many high-profile comedic films including Talladega Nights, Thank You for Smoking, Waiting..., Semi-Pro, The Goods: Live Hard, Sell Hard, and Extract. His first leading film role, as Coach Lambeau Fields in Fox Atomic's sports comedy, The Comebacks opened on October 19, 2007. Koechner most recently reprised his role of Champ Kind for Anchorman 2: The Legend Continues and is receiving praise for his dark turn in the 2014 black comedy Cheap Thrills. He currently co-stars in the Comedy Central series Another Period.

Koechner was born in Tipton, Missouri, to Margaret Ann (née Downey) and Cecil Stephen Koechner. He has two brothers, Mark and Joe, and three sisters, Mary-Rose, Cecilia and Joan. His father ran a business that manufactured turkey coops (Koechner has stated that "If you see a turkey going down the road in a big truck, most likely its coop is from Tipton..."). He was raised Catholic, and is of German, English, and Irish descent. Koechner studied Political Science at Benedictine College and the University of Missouri, before he eventually decided to pursue a career in improvisational comedy and moved to Chicago. After studying at Chicago's ImprovOlympic, under famed improvisation instructor Del Close, Koechner joined The Second City comedy troupe in Chicago, graduating in 1994.

Koechner lives in Los Angeles with his wife Leigh, they have five children. Koechner has the names of his wife and children tattooed on his right upper-arm.

Koechner performs regularly in Los Angeles at both the ImprovOlympic West theater in the show Beer Shark Mice, and at Largo, the nightclub where the Naked Trucker Show plays regularly. David Koechner supported the 2004 US Presidential campaign of Senator John Kerry, performing at a June 6, 2004 Hollywood fundraiser for the senator, where The Naked Trucker & T-Bones opened up for Tenacious D. Koechner cites Lou Reed, Iggy Pop, The Replacements, Uncle Tupelo and its offshoots (Wilco and Son Volt) as some of his musical favorites. He also strongly admires Creedence Clearwater Revival, whom he has described as "the American Beatles", although he downplayed his appreciation for them in an interview with Norm Macdonald.