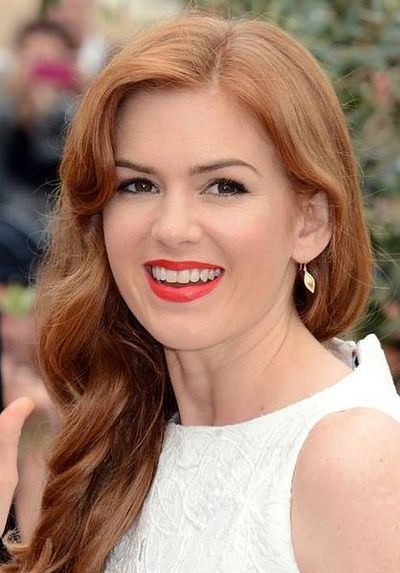 Isla Lang Fisher (born 3 February 1976) is an Australian actress. Born to Scottish parents in Oman, she moved to Australia at age 6. She appeared on the children's adventure series Bay Cove and the short-lived soap opera Paradise Beach, before playing Shannon Reed on the soap opera Home and Away. She has since been known for her comedic roles in Scooby-Doo (2002), I Heart Huckabees (2004), Wedding Crashers (2005), Hot Rod (2007), Definitely, Maybe (2008), Confessions of a Shopaholic (2009), Rango (2011), Bachelorette (2012), and Arrested Development (2013).

In 2013, Fisher starred as Myrtle Wilson in The Great Gatsby and as Henley Reeves in Now You See Me. In June 2015, Fisher became the ING Direct (Australia) brand ambassador.

Fisher was born in Muscat, Oman, the daughter of Scottish parents, Elspeth Reid and Brian Fisher. She was born in Oman because her father worked as a banker for the United Nations at the time of her birth.

When she was a child, Fisher and her family moved back to their hometown in Bathgate, Scotland, then later to Perth, Western Australia, when she was 6 years old. She has four brothers and has said that she had a "great" upbringing in Perth with a "very outdoorsy life".

Fisher attended Methodist Ladies' College and Swanbourne Primary School. She also appeared in lead roles in school productions, such as Little Shop of Horrors. At age 21, she studied at the L'École Internationale de Théâtre Jacques Lecoq in Paris, where she learned clown and mime and commedia dell'arte.

Fisher began appearing in commercials on Australian television at the age of 9, before going on to win roles in popular children's television shows Bay City and Paradise Beach. At 18, with the help of her mother, she published two teen novels, Bewitched and Seduced by Fame, and in a 2005 interview, Fisher admitted that had she not been successful as an actress she would probably have been a full-time writer. From 1994 to 1997 she played the role of Shannon Reed on the Australian soap opera Home and Away. In 1996, she received a Logie Award nomination for Most Popular Actress for her role. After leaving the soap, Fisher enrolled at L'École Internationale de Théâtre Jacques Lecoq, a theatre and arts training school in Paris, and went on to appear in pantomime in the United Kingdom. She also toured with Darren Day in the musical Summer Holiday and appeared in the London theatre production Così. In 2001, Fisher was cast as Kim in the German horror film Swimming Pool.

In 2002, she had a role in the film version of Scooby-Doo as Mary Jane, Shaggy's love interest, who is allergic to dogs. She wore a blonde wig for portraying her role because Daphne Blake (portrayed by Sarah Michelle Gellar) was supposed to be the only redhead in the film. The following year, she portrayed the character Kristy in the Australian comedy The Wannabes. Subsequently, Fisher was taken on by an American agent. A larger role in Wedding Crashers (2005), alongside Vince Vaughn and Owen Wilson, won her the Breakthrough Performance Award at the MTV Movie Awards. While promoting Wedding Crashers, she was officially crowned the 1000th guest on Australian talk show Rove on 2 August 2005. She entered the set ahead of Owen Wilson, winning the title by two metres.

In 2006, Fisher starred as Becca, a Manhattan party host, in the relationship drama London, co-starring Jessica Biel, Chris Evans, and Jason Statham. She played the role of Katie in the romantic comedy Wedding Daze with Jason Biggs. In 2007, she appeared in The Lookout, a thriller film co-starring Joseph Gordon-Levitt and Matthew Goode, and Hot Rod, opposite Andy Samberg. She was scheduled to appear in The Simpsons Movie, although her appearance was cut from the final version. In 2008, she starred in the critically acclaimed romantic comedy film Definitely, Maybe, with Ryan Reynolds, Elizabeth Banks, Rachel Weisz, and Abigail Breslin, and had a voice role in Horton Hears a Who! Fisher has also co-written a script entitled Groupies with Amy Poehler, as well as another project entitled The Cookie Queen. She starred in the movie adaptation of the book Confessions of a Shopaholic, which opened on 13 February 2009. In the film, Fisher played a college graduate who works as a financial journalist in New York City to support her shopping addiction. Confessions of a Shopaholic suffered critically but eventually opened at No.4, grossing $15,054,000 on its opening weekend. Fisher received her third Teen Choice Award nomination.

Fisher has spoken out against the lack of opportunities for female comedians in Hollywood. In 2010, she starred in the black comedy Burke and Hare. Fisher then voiced the role of Beans in Rango, a computer-animated Western film released in March 2011. In the movie, Johnny Depp and her Definitely, Maybe co-star Abigail Breslin also provide voice-over roles.

In another voice-over role, Fisher voiced the character of Tooth (the Tooth Fairy) in the animated film Rise of the Guardians, which was later released in 2012. In 2013, she starred in the Baz Luhrmann adaptation of The Great Gatsby with Leonardo DiCaprio and the magician crime thriller Now You See Me with Jesse Eisenberg and Woody Harrelson. She also appears in several episodes of the fourth season of Arrested Development, released in 2013.

Fisher dropped out of Now You See Me sequel, Now You See Me 2, in 2014, due to her third pregnancy; she was replaced by actress Lizzy Caplan. In 2016, she appeared in the comedy film Grimsby, and will next star in another comedy, Keeping Up with the Joneses.

Fisher's first children's book Marge In Charge will be published in 2016.

Fisher first met the English comedian Sacha Baron Cohen in 2002 at a party in Sydney, Australia. The couple became engaged in 2004 and married on 15 March 2010, in Paris, France. The couple has two daughters and one son.

Before marrying, Fisher converted to Judaism, saying, "I will definitely have a Jewish wedding just to be with Sacha. I would do anything—move into any religion—to be united in marriage with him. We have a future together, and religion comes second to love as far as we are concerned." She completed her conversion in early 2007, after three years of study. She took the Hebrew name Ayala (איילה), the Hebrew word for a doe, and has described herself as keeping the Jewish Sabbath.

Fisher has said that her "sensibility is Australian", she has a "laid-back attitude to life", and she feels she is "very Australian". Her mother and siblings live in Athens, Greece, while her father divides his time between Frankfurt, Germany and Nicaragua. 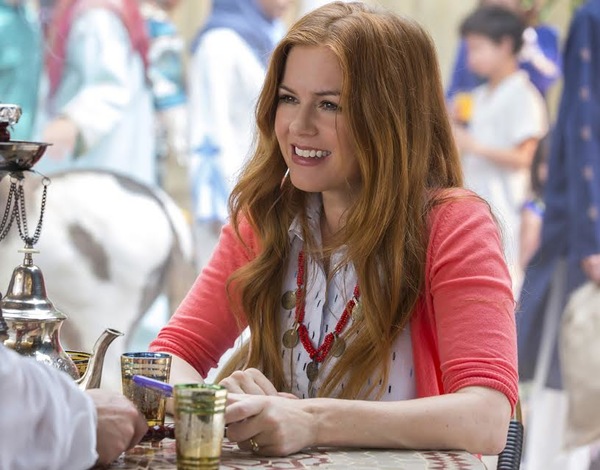 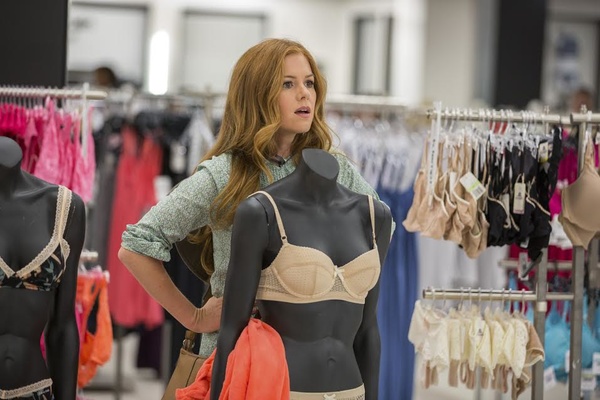 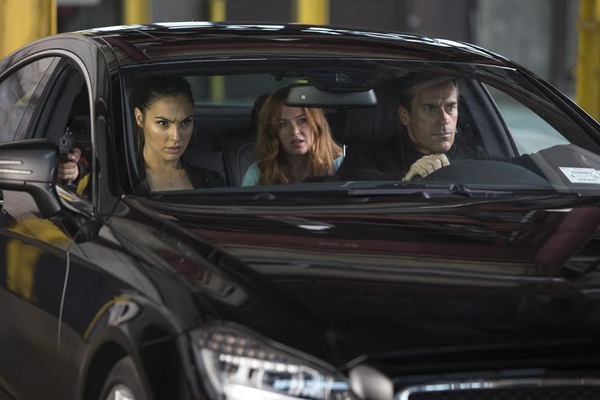 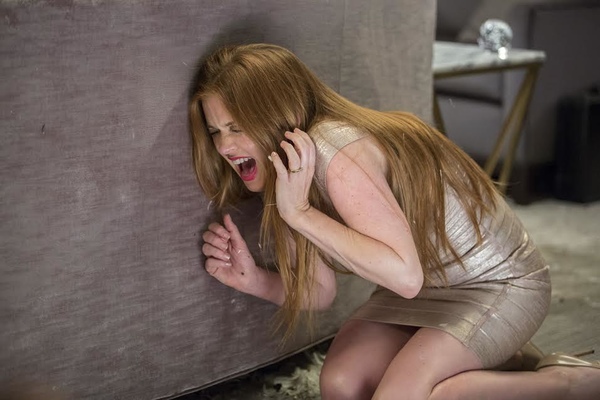 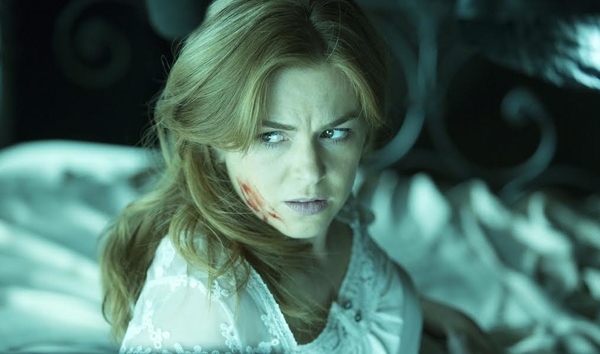 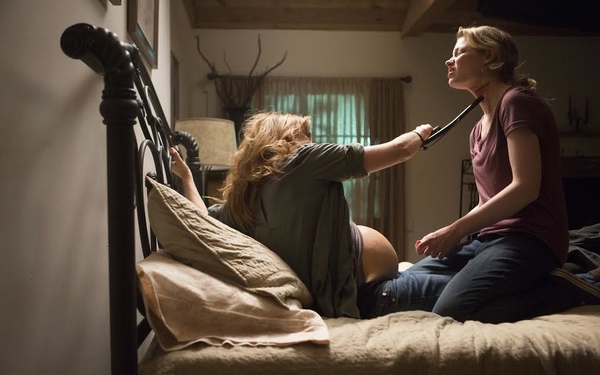 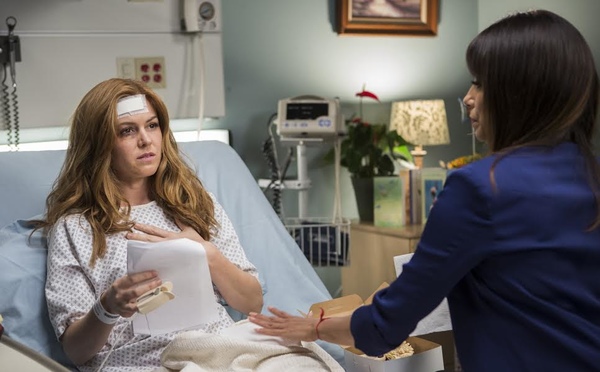