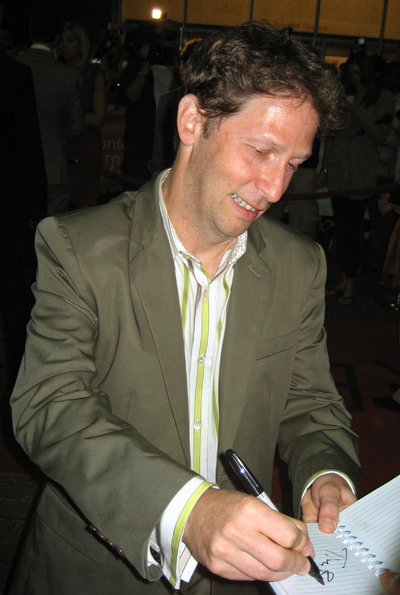 Nelson was born in Tulsa, Oklahoma, the son of Ruth (Kaiser) Nelson, who is a noted social activist and philanthropist in Tulsa, and a geologist/wildcatter father. Nelson is Jewish. His maternal grandparents escaped the Nazis shortly before World War II, fleeing to the UK in 1938 and emigrating to the United States in 1941. His father's family were Russian Jewish immigrants. Nelson attended the Oklahoma Summer Arts Institute at Quartz Mountain Resort Arts and Conference Center in Lone Wolf, Oklahoma. He is a 1982 graduate of Holland Hall School in Tulsa, and a graduate of Brown University, where he was a Classics major as well as Senior Orator for his class of 1986. Additionally, Nelson won the Workman/Driskoll award for excellence in Classical Studies. He graduated from Juilliard in 1990.

Nelson's debut play, Eye of God, was produced at Seattle Repertory Theatre in 1992. The Grey Zone premiered at MCC Theater in New York in 1996, where his 1998 work Anadarko was also produced.

Nelson has appeared as an actor in film, TV and theatre. He had a featured role as Delmar in the film O Brother, Where Art Thou?. According to directors Joel and Ethan Coen, he was the only one in the cast or crew who had read Homer's Odyssey, a work upon which the film is loosely based. He sings "In the Jailhouse Now" on the soundtrack, for which he received a Grammy (Album of the Year).

He played Samuel Sterns in the 2008 film The Incredible Hulk.

Nelson currently resides in New York City with his wife, Lisa Benavides, and his three sons. On May 8, 2009, Nelson was inducted as an honorary member of the University of Tulsa's Beta of Oklahoma chapter of the Phi Beta Kappa national collegiate honor society.