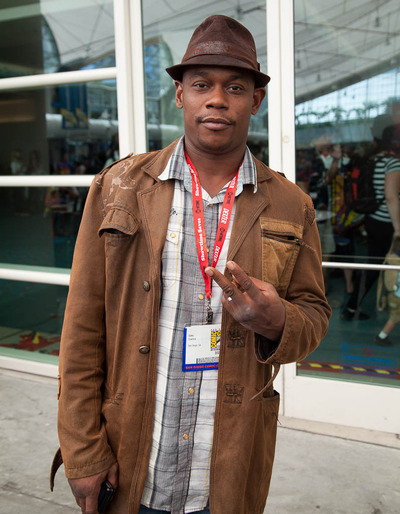 Woodbine was born in Harlem, New York to an actress mother. He attended the prestigious Dalton School in New York before transferring to the also prestigious Fiorello H. LaGuardia High School in the city. He was an Instrumental Music Major, and the lead singer for the band, Mazard.

Bokeem, nicknamed Bo, is also a talented rock musician who both composes songs and plays the guitar for his band, 13 Purple Dragons. A formidable martial artist, he keeps his physique up practicing Shaolin Kung Fu under Shifu Shi Yan Ming, who is a 34th generation Shaolin Temple Warrior Monk. He has a wife named Mahiely Woodbine.

With the encouragement of his actress mother, Woodbine entered show biz at age 19 as a stand-in and extra in Ernest R. Dickerson's directorial debut, the hip-hop classic "Juice" (1992), starring Tupac Shakur and Omar Epps. In the following year, he made his TV acting debut in the "CBS Schoolbreak Special" entitled "Love Off Limits." His appearance was noticed by casting director Jaki Brown-Karman who later recommended him to Forest Whitaker for the latter's directorial effort, "Strapped" (HBO; 1993), in which he co-starred with Michael Biehn.