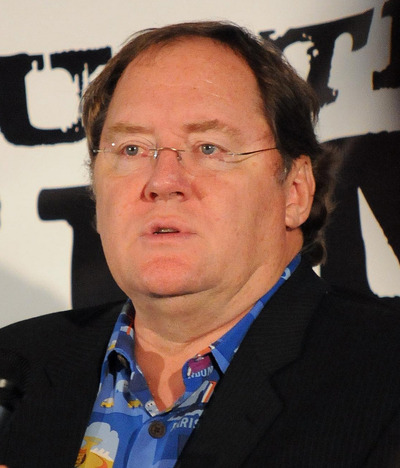 Lasseter's first job was with The Walt Disney Company, where he became an animator. Next, he joined Lucasfilm, where he worked on the then-groundbreaking use of CGI animation. After the Graphics Group of the Computer Division of Lucasfilm was sold to Steve Jobs and became Pixar in 1986, Lasseter oversaw all of Pixar's films and associated projects as executive producer and he directed Toy Story, A Bug's Life, Toy Story 2, Cars, and Cars 2.

He has won two Academy Awards, for Animated Short Film (for Tin Toy), as well as a Special Achievement Award (for Toy Story).

Lasseter was born in Hollywood, California. His mother, Jewell Mae (née Risley), was an art teacher at Bell Gardens High School. His mother's profession contributed to his growing preoccupation with animation. He often drew cartoons during church services at the Church of Christ his family attended. As a child, Lasseter would race home from school to watch Chuck Jones cartoons on television. While in high school, he read The Art of Animation by Bob Thomas. The book covered the history of Disney animation and the making of a book about Sleeping Beauty, which made Lasseter realize he wanted to do animation himself. When he saw Disney's 1963 film The Sword in the Stone, he finally made the decision that he should become an animator.

His education began at Pepperdine University. It was the alma mater of both his parents and his siblings. However, he heard of a new program at California Institute of the Arts and decided to leave Pepperdine to follow his dream of becoming an animator.  His mother further encouraged him to take up a career in animation, and in 1975 he enrolled as the second student in a new animation course at the California Institute of the Arts. Lasseter was taught by three members of Disney's "Nine Old Men" team of veteran animators – Eric Larson, Frank Thomas and Ollie Johnston.  During his time there, he produced two animated shorts; Lady and the Lamp (1979) and Nitemare (1980), which both won the student Academy Award for Animation.