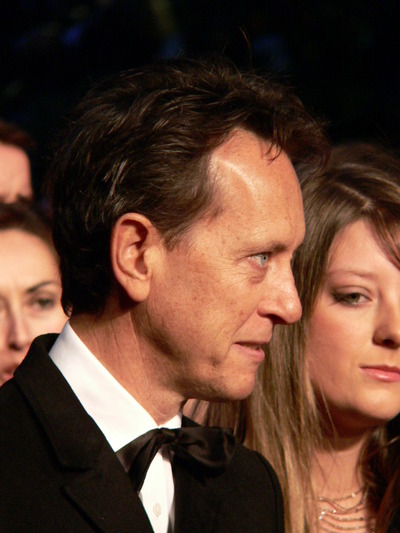 Richard E. Grant (born Richard Esterhuysen; 5 May 1957) is a British-Swazi actor, screenwriter, and director. Grant came to public attention in 1987 for playing Withnail in the film Withnail and I, and achieved international recognition as John Seward in 1992 blockbuster Bram Stoker's Dracula.

Grant was born Richard Esterhuysen in Mbabane,Swaziland. He adopted his stage name when he moved to Britain as an adult and registered with Equity. His father, Henrik Esterhuysen, was head of education for the British government administration in the British Protectorate of Swaziland. His South African mother, Leonne, was a local ballet teacher. His father had Dutch/Afrikaner and Hungarian ancestry and his mother was of German descent.

As a boy, Grant went to primary school at St Mark's, a local government school in Mbabane that had only recently become racially integrated. When Grant was ten years old, he witnessed his mother commit adultery on the back seat of a car with his father's best friend, which subsequently led to his parents' divorce. This event inspired Grant to keep a daily diary, which he has continued to do ever since. Grant wears a watch on each wrist, one given to him by his dying father, permanently set on Swaziland time. Grant attended secondary school at Waterford Kamhlaba United World College of Southern Africa (UWCSA), an independent school just outside Mbabane, where he was a day scholar. Grant studied English and drama at the University of Cape Town.

Grant was a member of the Space Theatre Company in Cape Town before moving to London in 1982.

Grant's first film role was the perpetually inebriated title character in Withnail and I, which has established a large cult following. Grant, a teetotaller, was forced into a drinking binge by the director to experience drunkenness, and found it deeply unpleasant. During the story his character drinks from a bottle of lighter fluid, which the set crew had intentionally filled with vinegar prior to filming. His reaction in the film was genuine.

Following his film Withnail and I, Grant began appearing in Hollywood films, and quickly established himself as a powerful character actor in a wide array of films, from blockbuster studio movies to small independent projects. Over the past twenty years, Grant has had strong supporting roles in the films Henry & June, L.A. Story, The Player, The Age of Innocence, The Portrait of a Lady, Spice World, Gosford Park, Bright Young Things, and Penelope.

Grant married voice coach Joan Washington in 1986 and has one daughter with her (Olivia) and a stepson (Tom).