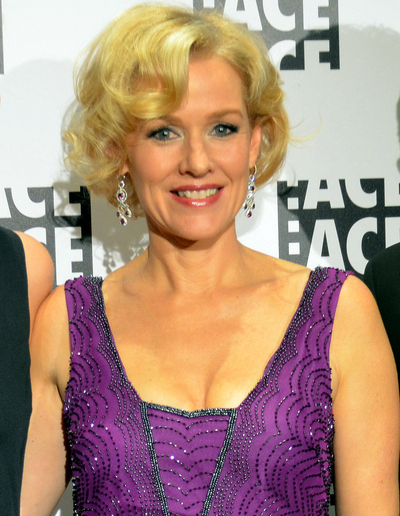 Penelope Ann Miller (born Penelope Andrea Miller; January 13, 1964), sometimes credited as Penelope Miller, is an American actress. She began her career on Broadway, and starred in several major Hollywood films, particularly in the early 1990s, and has continued to appear in supporting roles in both film and television.

Miller was born in Los Angeles, California, the middle daughter of Beatrice (née Ammidown), a costume designer, publicist, and journalist, and Mark Miller, a television actor and producer. Her mother was Aristotle Onassis's god-daughter and an editor of Harper's Bazaar. She has an older sister, Marisa Miller, who is also a film actress, and a younger sister, Savannah Miller, who is a social worker.

Her Broadway theatre break came in 1985 when she was cast in the lead (opposite Matthew Broderick) in the Neil Simon play Biloxi Blues. She would also star with Broderick in the 1988 film version of that play. Miller's film debut came in 1987 in Adventures in Babysitting. She took a role in one episode ("Death and the Lady") of the television series Miami Vice (which aired on October 16, 1987), and accepted several other small roles in film and television work. She then returned to Broadway in a revival of Our Town; her portrayal of Emily garnered her a Tony award nomination. She then appeared as Pee-wee Herman's (Paul Reubens) fiancée, Winnie Johnston, in the 1988 release of Big Top Pee-wee.